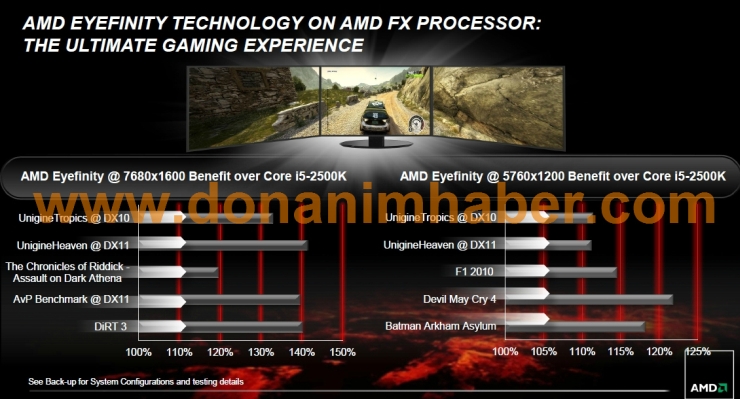 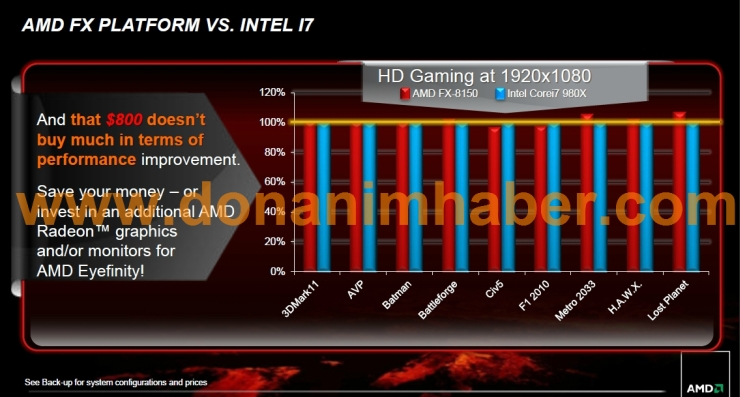 Furthermore, in a swipe at the i5 and i7 Sandybridge range AMD places an un-named FX CPU between the i5-2500k and i7-2600k in performance terms, handily beating the i5 and sometimes trading blows with the i7. Again, these are well threaded application benchmarks which should suit the 8-Core Bulldozers over the hyperthreaded 4-core SB's. Unfortunately no detailed system spec is provided in these slides, so even if legitamate they should be taken with a massive pinch of salt. 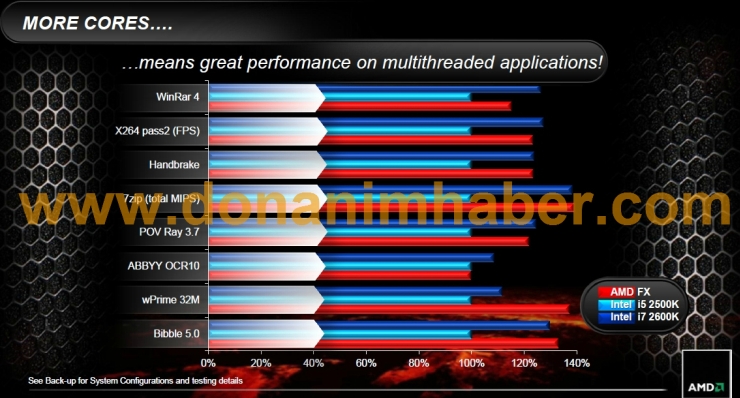 The general theme is one of superb value and overclocking credentials, an obvious play for the 'bang for your buck' market which AMD ceded somewhat with the introduction of Sandybridge earlier in the year. We'll be awaiting for the final word, rumoured to come in October with the official release of Bulldozer, and aim to provide it ourselves as soon as we can following that. You can view the hole gallery of slides at Donanimhaber.com