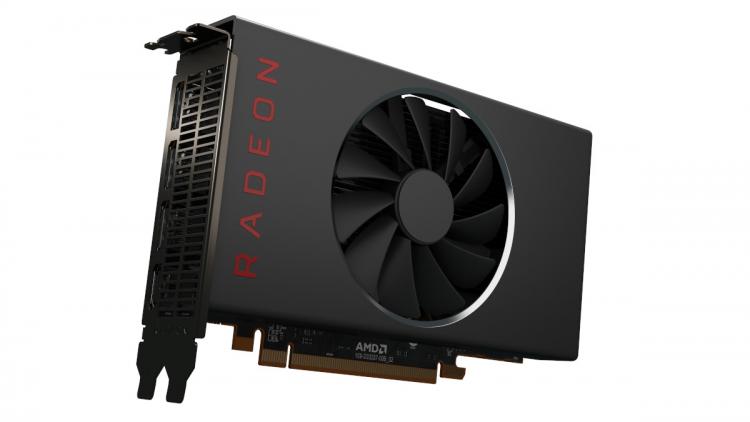 Jon Peddie Research's quarterly Market Watch report is a staple calender entry for PC market stakeholders seeking to tease out the latest trends, particularly in component markets. The FY 2019 GPU report has just been released, showing some interesting movement in a category that's often seen as a key indicator for the sector as a whole.

This year, and particularly in the last quarter, AMD were the big winners overall. In a market that grew at a modest 3.4% from Q3 2019 AMD shipped 22.6% more GPUs, while Intel could only muster 0.2% more and NVIDIA dipped by 1.3%. As a result, in overall GPU shipments (which includes integrated and discrete units) AMD improved market share by 3%, eroding Intel and NVIDIA's presence by 2.0% and 0.97% respectively.

AMD were able to increase their share of the discrete GPU shipment market from 26% to 27% in Q4 2019, but NVIDIA retained their dominant position in controlling ~73%. That would have been at least partially down to the release of new Navi-based Radeon RX 5500 and 5600 OEM GPUs in the second half of the year, while NVIDIA's desktop GPU lineup remained relatively static. 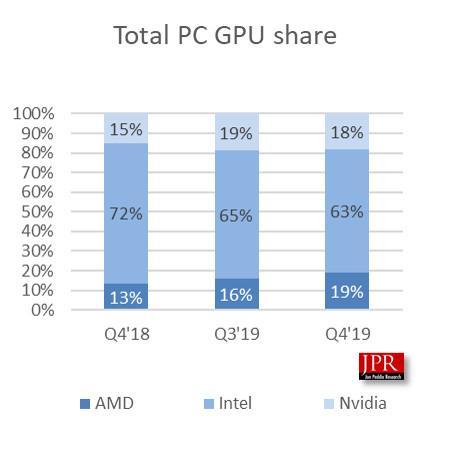 Typically overall fourth quarter numbers are usually flat compared to Q3, so any significant change in unit sales is notable. Furthermore, AIB shipments increased a reported 12%, marking good numbers for the component partners. However total shipments were down slightly on a year ago, marking this period as one of continuing recovery.

AMD's solid figures won't reflect negative word of mouth swirling around their Radeon drivers, which have been roundly criticised by users and reviewers alike since December's Adrenalin 2020 update. The state of their drivers could have a significant negative impact on GPU sales to consumers and especially enthusiasts if/when so-called 'Big Navi' is launched later this year.

And more seriously, while the market as a whole might have been relatively bullish about their outlook, the impact of coronavirus COVID-19 on manufacturing and sales through 2020 is difficult assess.

More data and insight can be found at the [url=ttps://www.jonpeddie.com/store/market-watch-quarterly1]Jon Peddie Research Market Watch (Q4'2019)[/url] summary.