The demonstration kit in use is an ASUS Crosshair V with an 8 core Zambezi CPU with a screen shot of AMD Overdrive displaying all cores running between 900MHz-3.2GHz and has been suggested that volts and temperature readings are inaccurate. 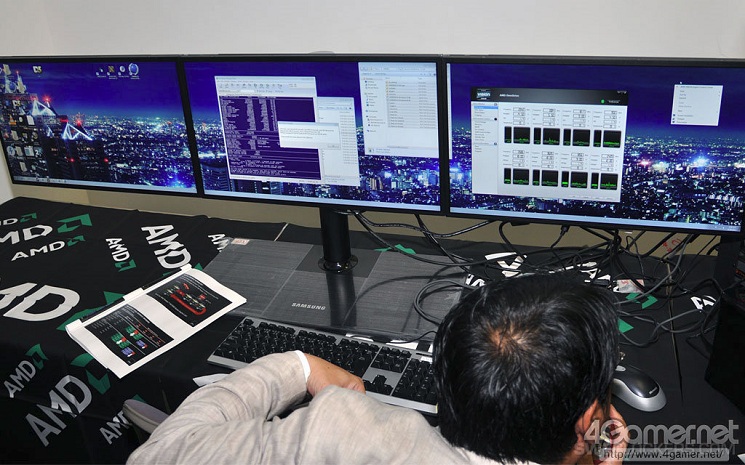 AMD display with an Eyefinity setup 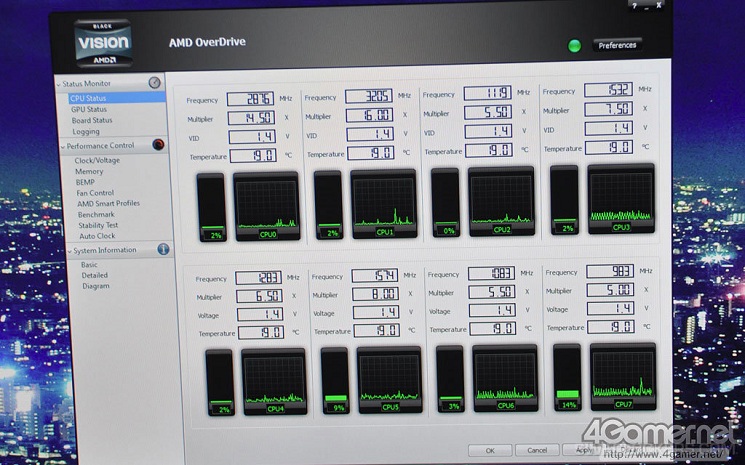 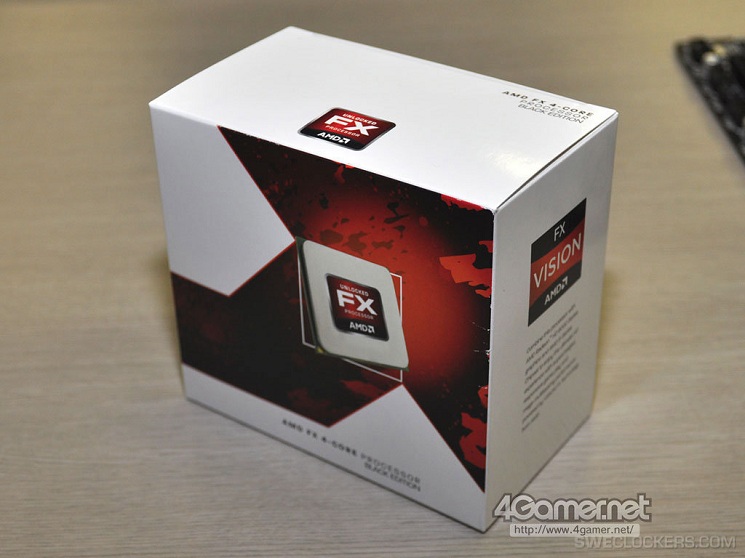 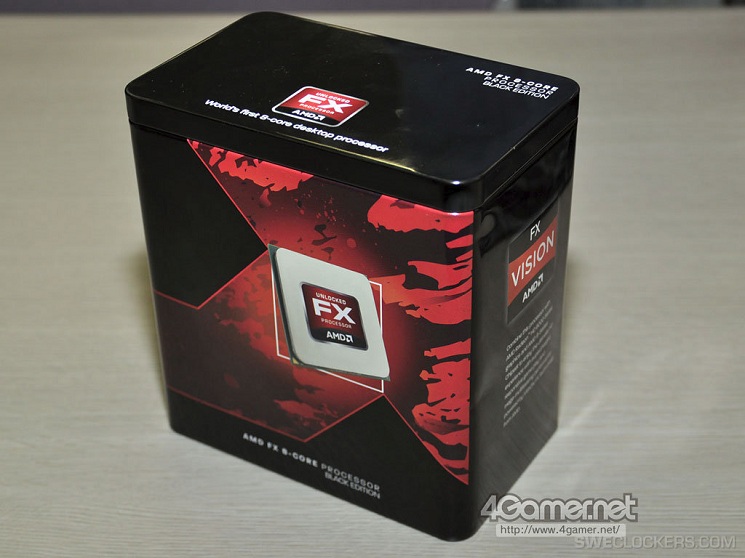 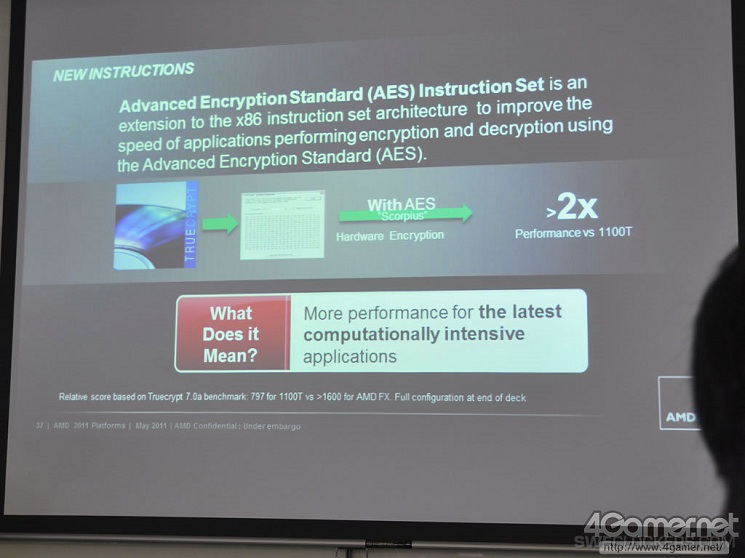 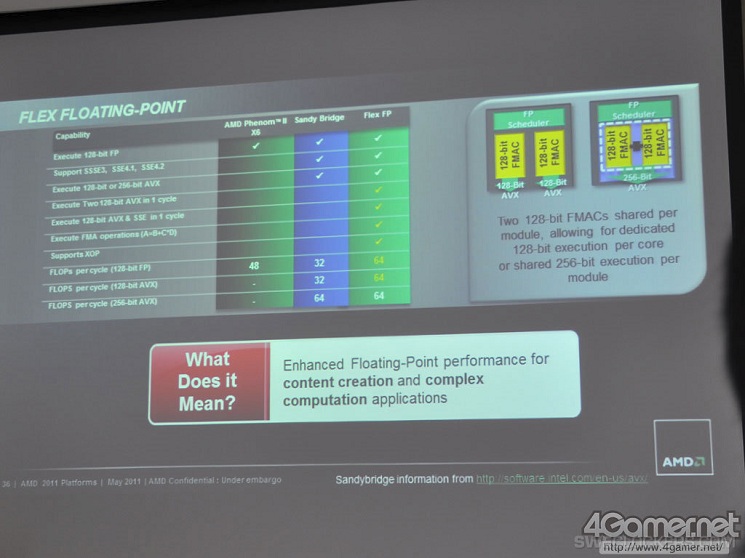 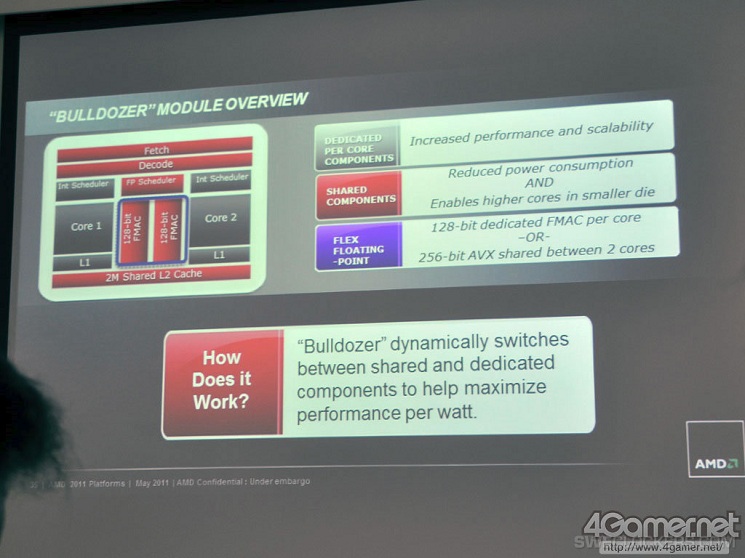 A presentation slide explaining features of the Bulldozer module 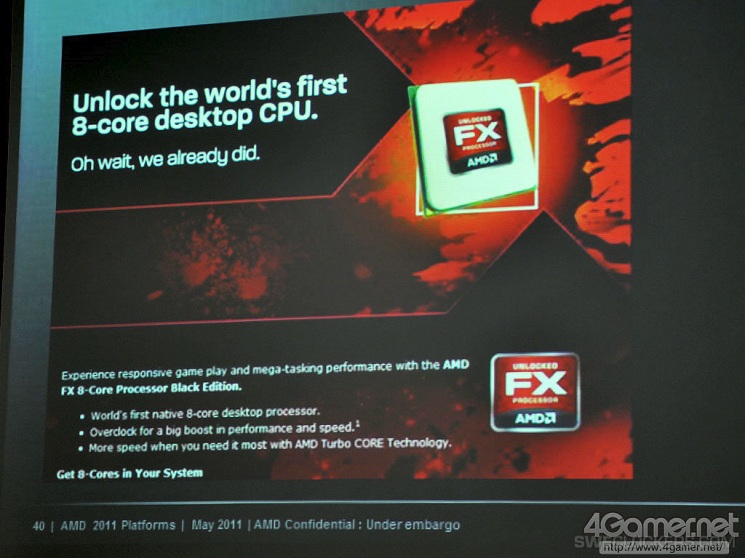 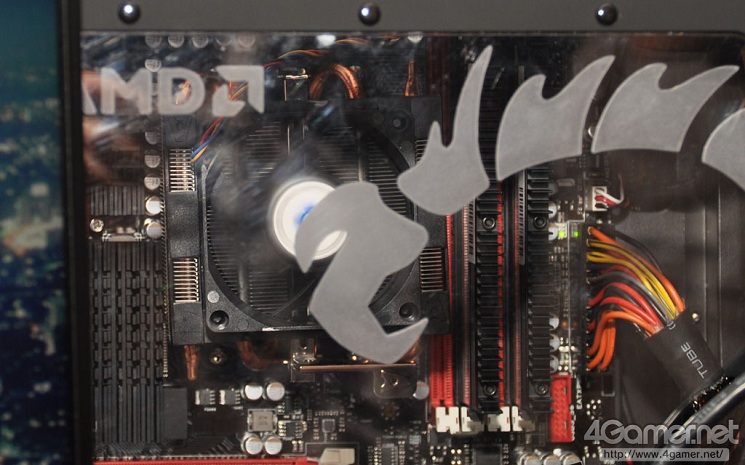 View of the ASUS CHV with the 8 core CPU

Once released, the FX CPUs combined with the 900 series chipset motherboards and the 6000 series graphics cards, will complete the 'Scorpius' platform.

« ASUS Mars II Frequencies, Focused on Domination · AMD Demonstrate Bulldozer at E3 · AMD's Trinity could have up to 2 Billion Transistors »