If like me, you have been waiting for AMD's highly anticipated Bulldozer for a fair while, rumours of delays may be pretty frustrating, yet in the ever abundant realm of DonanimHaber, details have emerged showing how AMD's coming line of CPUs and APUs will compete against Intel's current line of Sandy Bridge based CPUs and what's more, a chart displaying the life expectancy of the 'Zambezi' cores with a refresh due to come Q4 2011. The four expected Zambezi CPUs will be replaced with four refreshed parts late this year with higher clock speeds but within the same power consumption. The FX-8130P, which will be priced at $320USD, is the Flagship CPU to come from AMD in the coming month or so (unless there is truth in the delay rumour?) and is set to compete against Intel's i7 range. 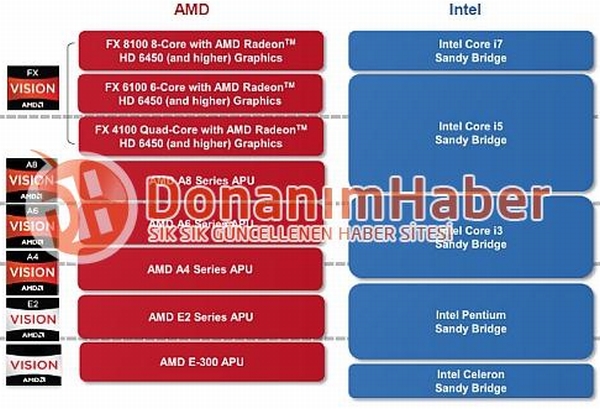 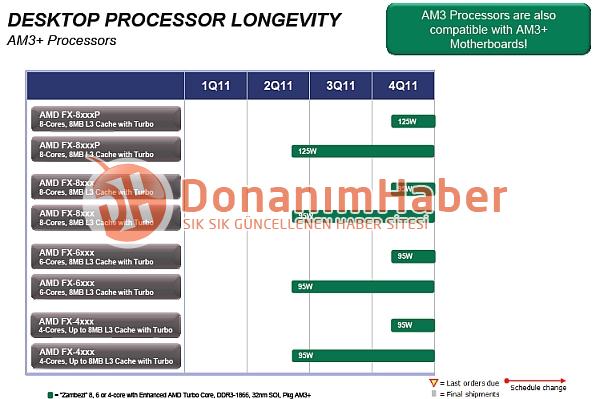 While AMD are not releasing a vast amount of CPUs or APUs they are clearly trying to simplify and cover all areas of the market effectively and competitively.

There are currently 650 user(s) online:
Google