While Brazos will be refreshed to Brazos 2.0, the expected enhanced Bobcat cores that would have found themselves in Wichita and Krishna APUs may not come to see the light of day afterall. While there is no official word on this rumour, it does however have solid ground based on GlobalFoundries' plan of implementing the 28nm SHP, the expected process to be used for these chips. 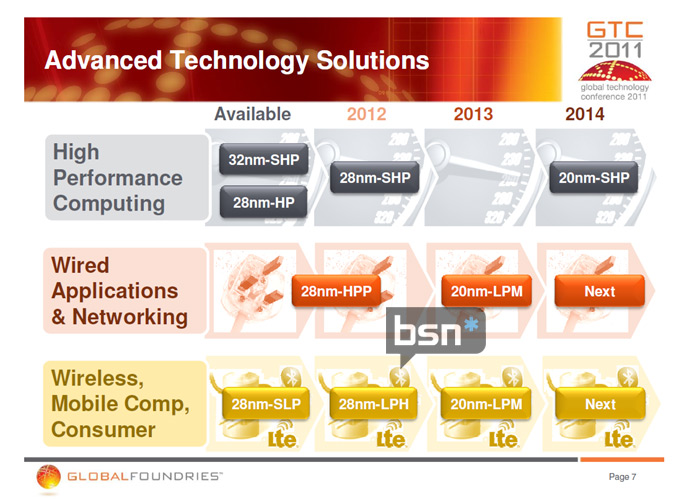 End of last month at GTC Globalfoundries presented their latest technology roadmap which places the 28nm Fabrication in 2012 which would mean that for AMD to get Wichita and Krishna released, they would have to do it in a very short time frame, and it will be short lived. AMD's Fusion APUs have been successful but limited in consideration to the mobile market addressing tablets and smartphones.

The new AMD CEO Rory Read has stated that AMD must get serious about mobile computing, if the Deccan platform has fallen, it will likely now be their priority in pulling out the stops for a successor to the Brazos 2.0 platform and pulling in the ropes on any future plans too.

There are currently 314 user(s) online:
Google