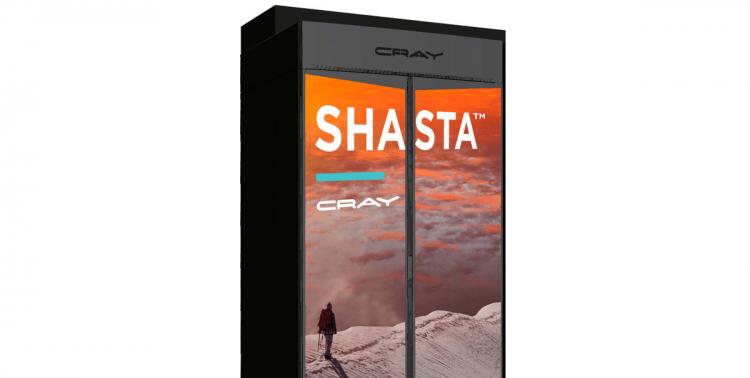 This week Cray, one of the biggest names in supercomputing architecture design and implementation, announced a major new platform for projects going into the next decade. Unveiled under the code-name "Shasta", the platform is highly extensible and characterised by exascale performance capability and data-centric workloads. Shasta's promise has led to it being chosen as the basis for the US D.o.E. National Energy Research Scientific Computing Center's Perlmutter supercomputer, set to go live in 2020.

The launch of Shasta and announcement of NERSC's Perlmutter is also big news for AMD's EPYC enterprise-level CPUs. When it is complete in 2020 Perlmutter will incorporate a number of AMD EPYC CPU-only nodes, accelerating scientific research and modelling to a pre-exascale level. Overall, Perlmutter will more than triple the computational power available to NERSC projects and scientists.

"Were proud to have AMD EPYC as a key part of the upcoming Perlmutter supercomputer. This is an important milestone for AMD and the industry as we work together to push the boundaries of hardware and software performance in the interest of next generation research. I thank Cray for including AMD early in their consideration process and NERSC for naming AMD EPYC in their final selection"
- Forrest Norrod, senior vice president and general manager, AMD Datacenter and Embedded Systems Group

While details of the EPYC-class CPU selected for the final implementation of Perlmutter have not been revealed, it has been described by AMD as a 'future-generation manycore EPYC CPU'. It therefore seems likely to be a new architecture fabricated with TSMC's 7nm, potentially the Zen 2 'Rome' architecture or its 'Milan' successor.