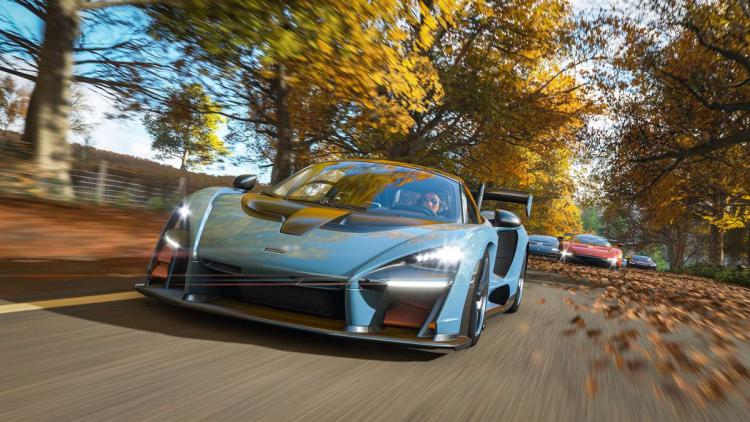 The tech world is still collectively holding its breath for the end of the week, but that isn't stopping AMD from getting some early blows in against their competitor courtesy of upcoming racing sim Forza Horizon 4. Like its predecessor the game incorporates a DX12 rendering pathway, and as a result is the perfect opportunity for AMD to show off their lead when using the API.

Now to be clear, AMD worked with the team responsible for the Forza Horizon 4 PC port, and so are in a position to have their cards and drivers well-optimised for the game. However it must be said that the results echo previous strong showings for AMD hardware in games using either of the two major low-level rendering APIs (DirectX 12 and Vulkan), punching well above their weight across the board.

Perhaps most notably, the Radeon Vega64 surpassed NVIDIA GeForce GTX 1080 at 1080p, 1440p and 4K. Typically AMD's Vega-class GPUs don't tend to really stretch their legs until you hit higher resolutions, where their higher memory bandwidth can be exploited. That's certainly eye-opening, and may (emphasis on the 'may') indicate general driver efficiency improvements from the red team. 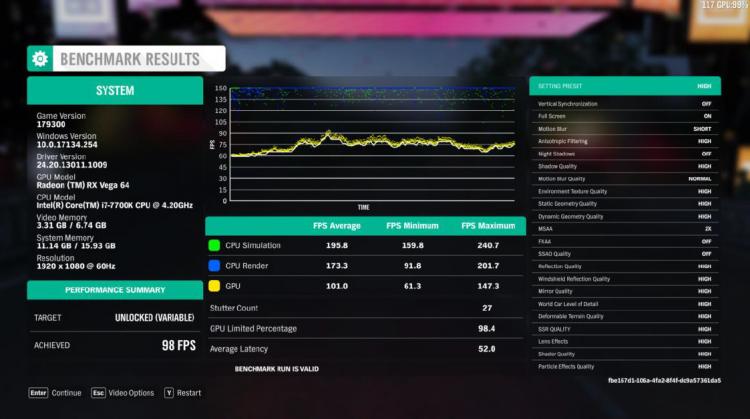 Their aggregated results across relevant resolutions are shown below:

You can download and test the Forza Horizon Demo and Benchmarking Utility here, for which you will need both Windows 10 and a DirectX12 (Feature Level 11) capable GPU. Although upcoming NVIDIA GPUs may indeed take raw performance crowns, expected pricing of both the RTX 2080 and RTX 2080Ti could make direct comparisons between NVIDIA and AMD's flagships moot.

Forza Horizon 4 is expected to be released on October 2nd via the Windows Store.