The graphics card market has certainly been a volatile one this past quarter, despite a lack of any new architecture releases and an overall seasonal contraction. The culprit has, at least in part, been strong demand for discrete GPUs from cryptocurrency miners, much to the chagrin of gamers. Now the impact on manufacturer market share is starting to emerge thanks to John Peddie Research's scheduled Q4 2017 market survey.

The headline is that AMD have substantially gained on their rivals at NVIDIA, increasing market share (as measured by shipments of AMD-powered graphics boards from AIB manufacturers) to 33.7%. Of course that's dwarfed by NVIDIA's 66.3%, but represents an increase from 27.2% quarter on quarter and 29.5% year on year. Overall the market contracted 4.6% quarter on quarter, an expected part of seasonal trends which have averaged to approx. -4.4% over the past ten years.

AMD's market share contracted in Q3, so with no new GPUs released it seems reasonable to surmise that last quarter gains were mainly due to the crypto boom and a knock-on improved profitability of AMD Vega and Polaris GPUs specifically. However, judging by the 'as usual' seasonal downturn figures, these sales appear to have been diverted from mainstream segments rather than augmented wider sales numbers. Essentially: supply hasn't sufficiently increased commensurate with demand, causing the current GPU price spike.

Some three million 'boards were identified as sold to cryptocurrency miners in the past year, valued at $776 million. That's an immense tally, and no wonder AMD haven't been keen the upset the apple-cart when it comes to crypto sales. NVIDIA by contrast advised retailers to sell their GPUs to gamers only, on a 'one per order' basis. Year on year the discrete graphics card market increased by a healthy 9.6%, which will have buoyed both of the big players.

While AMD have benefited in sales and market share, it's un-knowable what impact this will have long-term on their role in the gaming market. Mainstream AMD GPUs are spectacularly unaffordable for gamers, and crypto miners are not 'brand loyal' in the slightest. Pinning your hopes on a volatile Crypto market knowing that NVIDIA are gobbling up all the sales to the core gaming market doesn't seem the wisest course of action, especially if NVIDIA succeed with a custom-built ASIC design for miners in the near future.

Once aspect that isn't captured in the data as yet is the release of AMD Ryzen APUs with Vega graphics, the next great hope for affordable entry-level gaming. 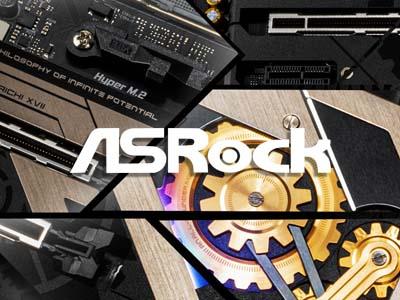