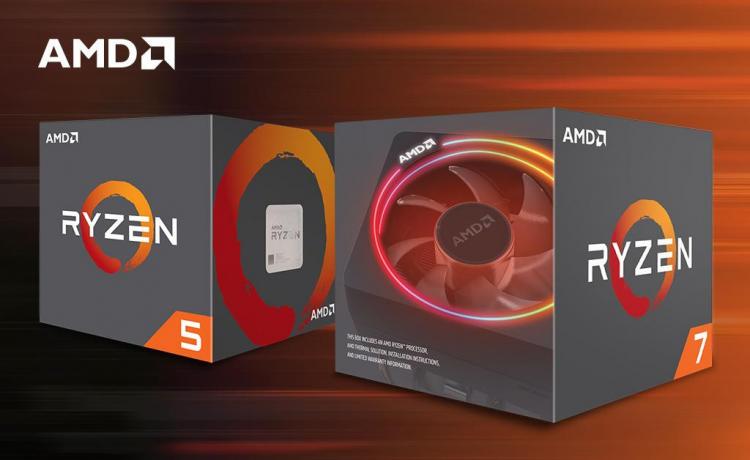 After many rumours, and a protracted tease since CES 2018, AMD are finally ready to take the wraps of the Ryzen 2000-series of CPUs. Today they're up for pre-order alongside a select number of motherboards utilising the new X470 chipset, bringing new performance levels within a familiar package.

The Ryzen 2000-series is a refresh rather than reinvention of the 1000-series which launched so successfully in Spring 2017. The chips themselves have been manufactured using a new lithographic process node dubbed 12nm+, and a couple of new performance features are part of the package, but in essence it's a gentle evolution of Ryzen. If you're looking at replacing Bulldozer, Sandybridge and Ivybridge-era CPUs, but were reticent to jump on board with the first iteration, now may be the time to strike.

Unsurprisingly, as the Ryzen 2000-series continues to make use of the AM4 socket, the CPUs are generally backwards compatible with 300-series motherboards. Not all new features may be supported however.

At the top of the range is the 8-core, 16-thread Ryzen 7 2700X. Clocking in at 3.7 GHz Base and 4.3 GHz boost, it's a step further on from the Ryzen 1800X it nominally replaces at the top of the mainstream desktop stack. Smartcache levels remain the same though; 20MB divided in a similar manner.

One change however is the TDP. Now up to 105W, it's been compensated for through the inclusion of a new Wraith Prism cooler to help keep it in check. You have meatier cooling of course, in which case you'll be able to take advantage of fully unlocked overlocking functionality that's available throughout the Ryzen 2000-series.

The Ryzen 7 2700 (no X) is a fair step down from the 2700X, and fits a general theme of better delineating SKUs so members of the range don't cannibalise each others' respective target market. Clock speeds are a more modest 3.2GHz Base and 4.1GHz Boost, and as a non-X part it doesn't support some of the baked-in automatic dynamic overclocking features available to the 2700X. That said, TDP is a distinctly less thirsty 65W, and the retail package comes with the more mainstream Wraith Spire cooler.

Mid-range performance comes in the form of the Ryzen 5 2600X. This one will definitely be a model to keep your eye on; it features only 6 cores / 12 threads, but is clocked aggressively at 3.6GHz Base and 4.2GHz Boost. At 95W its TDP is rated as highly as the top-end 1000-series CPUs. It could be a CPU with some fascinating performance for gamers not quite flush enough to afford a 2700X, but who can exploit the single-core performance over balanced multi-core operation in the Ryzen 7 2700.

Finally, the Ryzen 5 2600 is the entry point into the refresh desktop, sitting just above the Raven Ridge APUs but without integrated Vega graphics. Although it features lower clock speeds, it's still a 6-core, 12-thread part, not to mention that its relative affordability may also be of interest to budget overclockers.

All members of the new range feature AMD SenseMI technology which improves automated dynamic overclocking based on improved sensor output. Also new with the Ryzen 2000-series and X470 motherboards is AMD StorageMI, a new technology allowing you to address an SSD and mechanical HDD together as a single drive with better performance characteristics than the HDD alone.

The CPUs should begin shipping on April 19th alongside the new motherboards, at which time comprehensive reviews of both should be available. The CPUs are also backwards compatible with AMD 300-series motherboards, although specific features may not be supported.