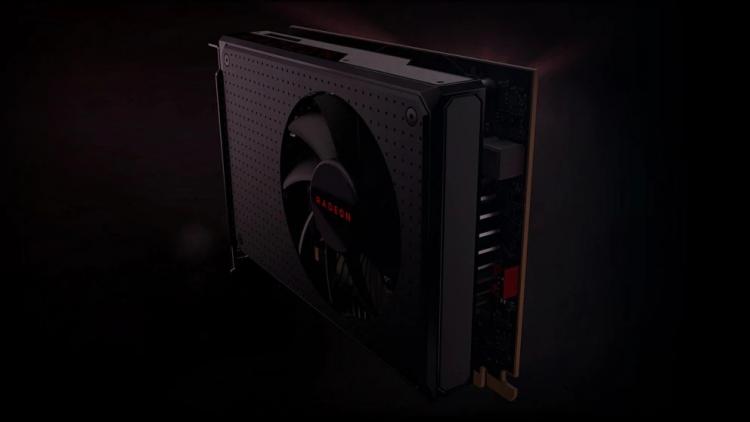 AMD's Radeon RX 5700-series GPUs are currently the talk of the town and now appearing in partner form (with non-reference cooling solutions), but that masks other movements currently happening in the GPU manufacturer's lineup. Discretely salted away last week on the official site last week but spotted by PCGamesHardware.de were updated listings for a Radeon RX 600-series, based on the now-veteran Polaris architecture. So, what gives?

Every year, particularly during the 'back to school' period, OEM SI's such as HP and Dell require a refreshed product lineup from component manufacturers which indicate that their systems are 'modern', i.e. that have advanced from the previous year. As a result CPU and GPU lineups tend to be refreshed yearly, even if it's only by incrementing the series number and modestly improving specs (such as clock speeds). In the GPU sphere this practice has been derogatorily termed 'rebadging', although ire is typically reserved for discrete consumer cards rather than OEM products.

The RX 600-series as it stands is a range of five entry-level and mainstream discrete desktop and laptop GPUs solely for the OEM market, topping out at the RX 640. This model is an 8 or 10 CU (512/640 shader) GPU clocked at up to 1287MHz with 4GB GDDR5 VRAM, and so doesn't shift the needle in terms of Polaris performance metrics but does represent a slight bump in specs versus the RX 540. This series is the third outing for Polaris, and indicates that Navi will at least occupy only upper echelons of performance bands for the time being.

Use of the 'RX 600-series' also adds strength to the rumour that the RX 5700-series was intended to be a member of the 600-series before AMD thought better of it. Early renders of the Anniversary Edition also had RX 680 printed on the blower fan.

It's unknown as yet whether Polaris will return as 600-series GPUs sold through consumer channels, or whether AMD are content with their current series naming and lineup.