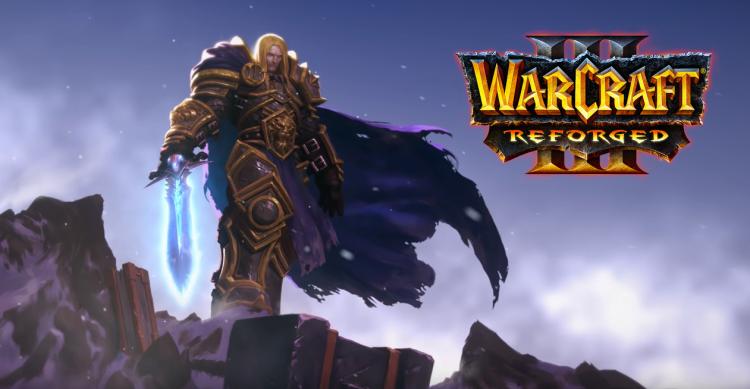 Following the troubled release of the Radeon Software Adrenalin 2020 Edition driver update late last year AMD have hurried out numerous revisions that not only address flaws in the latest driver package, but also keep the stack up-to-date with the major game releases. Today RSAE 20.1.4 has been made available, primarily supporting the launch of Blizzard's Warcraft III: Reforged and indie exploration title Journey to the Savage Planet, and also implementing a fist-full of fixes that should broadly improve the end-user experience.

Release notes for this driver indicates that Warcraft III: Reforged performance is improved by 11% vs. the prior driver, based on a system equipped with Radeon RX 5700 XT and Intel Core i9-9900K. However deep in the footnotes it's stated that this figure represents a change from ~210 average fps to a whopping ~235 fps, a difference that the vast majority of end-users will not notice even were they blessed with a >200Hz monitor. Hopefully this impressive performance is also reflected further down the RX 5000-series (in additional to older architectures), but picking up the driver for the stated improvement alone is unnecessary if your system otherwise has rock-solid stability.

Journey to the Savage Planet meanwhile is an attractive first-person exploration game with co-op, developed by Typhoon Studios and published by 505 Games exclusively on the Epic Game Store on PC. Ensuring that smaller titles have day-0 driver support is important for the ever-critical videogame launch week, and it's good to see AMD take their role as a GPU manufacturer seriously and support these releases.

Both Warcraft III: Reforged and Journey to the Savage Planet go live on Tuesday, January 28th.

Finally, RSAE 20.1.4 implements key fixes to issues in Red Dead Redemption 2 and GTA 5 as well as other aspects of the software toolkit. A not insubstantial number of known issues are also identified that are being actively worked on, the knowledge of which will hopefully reassure end-users suffering from these difficulties.

Radeon Software Adrenalin 2020 Edition 20.1.4 is available here or by selecting your specific GPU at amd.com/en/support. The driver is compatible with 64-bit versions of Windows 7 and 10 and is officially listed as a non-WHQL 'Beta' build. GPU's as far back as the Radeon HD7000-series (GCN 1.0) are supported as well as a selection of Radeon Mobility and APU products.

- Red Dead Redemption 2 may experience square or blocky textures on some terrain during gameplay when using Vulkan® API.
- Some Vulkan® API games may experience a crash or application hang when performing a task switch while Radeon Image Sharpening is enabled.
- Text overflow is observed in toast messages for some languages.
- Radeon ReLive may fail to switch recording to desktop when Radeon Software is open.
- Grand Theft Auto 5 may experience a system hang or black screen at launch, when opening Radeon Overlay while in game, or after performing a task switch while in game.
- Audio may intermittently be missing from Radeon ReLive recordings near the end of recorded clips.
- Integer Scaling option is not showing up or available on some Windows®7 system configurations.

- A loss of display with working audio may be experienced on a limited number of displays when performing a mode change on Radeon RX 5000 series graphics products.
- A system crash or hang may occur when running the Final Fantasy XIV: Shadowbringers benchmark.
- Integer Scaling may cause some video content to show flicker when the display resolution is set to less than native resolution.
- Multiple games may have very dark or very bright graphics in game when HDR is enabled in Windows®.
- Radeon Anti-Lag enable and disable beep notifications may be played in error when individually pressing keys assigned to the hotkey.
- The Radeon Software Overlay hotkey notification may sometimes be displayed during video playback in web browsers or launching some video player applications.
- Radeon Software may open with an inconsistent size or may not keep its previously set size when opened.
- Some Radeon RX 5700 series graphics users may intermittently experience a black screen while gaming or on desktop. A potential temporary workaround is disabling hardware acceleration in applications running in the background such as web browsers or Discord.