AMD provides a glimpse of its Radeon HD 7990

AMD have finally shown off their new reference-design dual-GPU Radeon 7990 at the end of the GDC press conference. They did it in spectacular fashion with Matt Skynner, the general manager of their graphics business unit simply holding the card up next to his head for everyone to see. How he managed to do it with one arm is a feat in itself as this card is rather long. 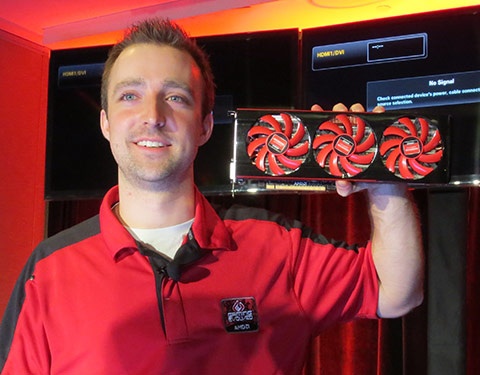 The details of this card are still a mystery which is what AMD want.

Were not saying much about it other than its two series-7900 GPUs on a single card, and its whisper quiet.

However, rumours suggest that it is be able to outperform the PowerColor Devil 13 and the ASUS Ares II. AMD are using a pair of Tahiti XT2 GPUs that will have higher boost clock speeds and all the latest Core Next technology that AMD can throw at it. It also features a massive dual-slot heatsink with three cooling fans and will run from 2 8-pin PCIe power connectors. All this is great but what good is it if you can't connect it to a monitor? No good at all, that's the answer! Well thankfully AMD have also included four mini-DisplayPort connections and a single dual-link DVI-D connector. 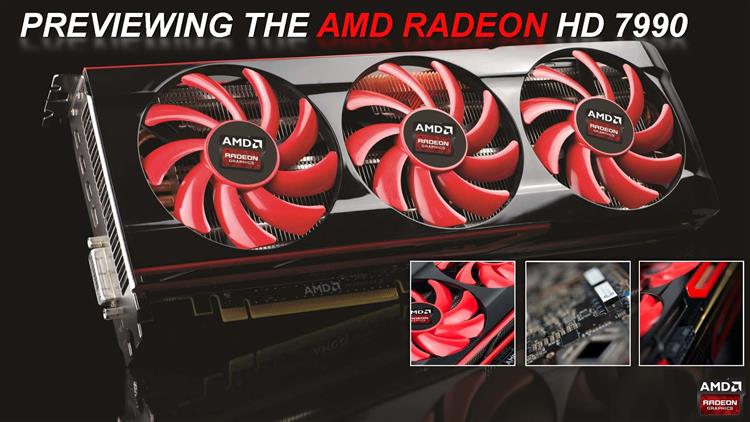 While this is all very exciting, judgement should be reserved until some specs and benchmarks are out. That being said though this card looks like it could be a real winner for AMD when it is released later this quarter.

If you have any comments or thoughts about this please don't hesitate to make them in our forums.