AMD Radeon 7990 Specifications and Performance Benchmarks Leaked - Is it as Powerful as Claimed?

We've been steadily bringing you information on the soon to be released 7990 from AMD. It was mentioned in the last article that cards have been sent to reviewers so that benchmarks and reviews can done in time for the release date. However, as is becoming more common, the first performance benchmarks have been leaked.

It has 2 Tahiti XT cores which result in a total of 8.6 Billion transistors, 4096 Stream processors, 2 Prim /Clock, 256 Texture mapping units and 64 Raster operating units. The core is clocked at 1000 MHz or 1 GHz though not known whether it has the GPU boost technology enabled or not. [It] is equipped with a massive 6 GB GDDR5 memory that operates along a 384 bit x 2 memory interface and is clocked at 6.0 GB/s effective frequency. The memory pumps out an impressive 576.0 GB/s bandwidth [and] has a peak compute performance of 8.2 TFlops. 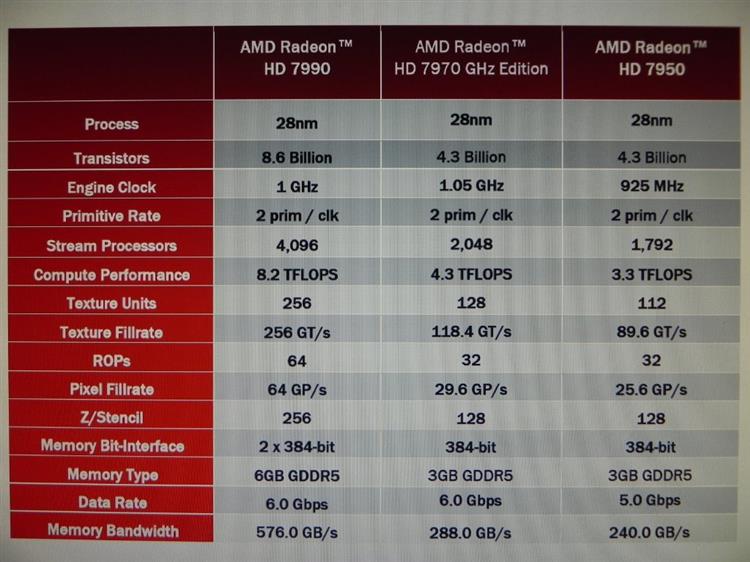 We already know that the card has a triple fan setup to keep this beast cool. Clearly this is an impressively powerful card so the benchmark results should reflect this and they do. This card smashes the Titan and the GTX 690! 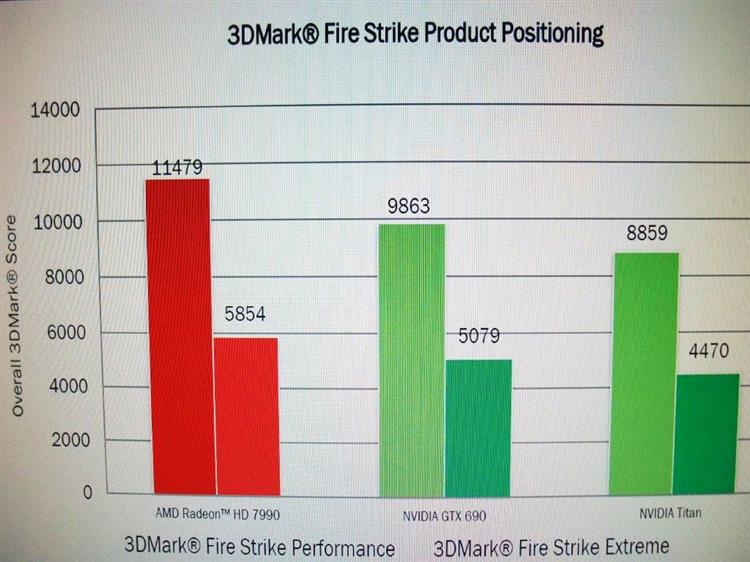 However, for many the real test will come when these cards do battle in game. Hardware.Info have released a benchmark for Battlefield 3 which shows the 7990's performance against the GTX 690 and the Titan. The 7990 is only a few frames faster than the GTX 690 when run on Ultra at a resolution of 5760 x 1080! This is very impressive indeed! 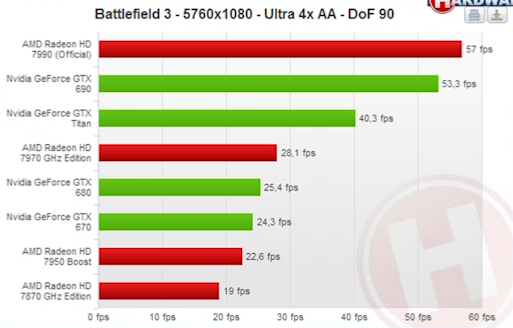 What do you think of the results the 7990 is able to produce? Tell us in our forums.