Vortez reported some time back on a leak of the specifications of the HD 6990, and now we have the first real images of the card. 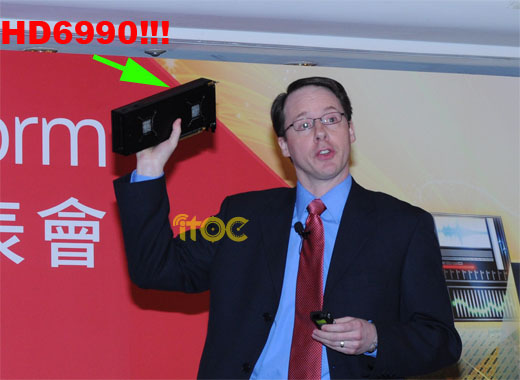 The two cores are clearly visible

The card appears to be no longer than the Radeon HD 5970. 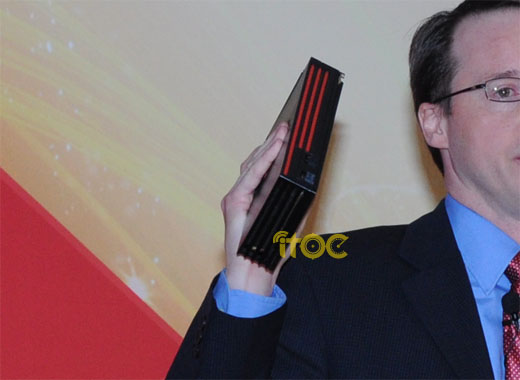 The card appears to use a new cooler design whereby there is no intake on the top (or bottom, depending on how you look at it) of the card, instead opting for a sole intake on the rear. This, in theory, is how most graphics card designs with blower type coolers should work anyway, and with a vapour chamber cooler this may be sufficient to cool two Cayman GPU cores.

Now some close up shots of the card have been leaked onto the internet. See below: 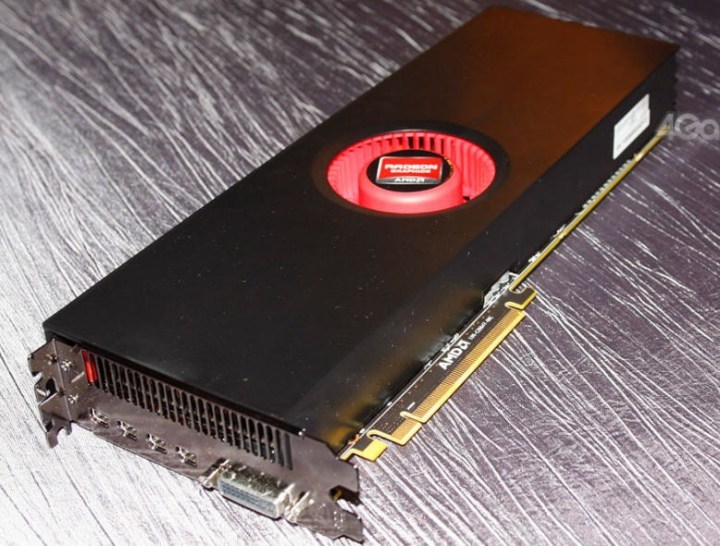 Quite long, blower fan sits in the middle of the two cores

As you can see, the fan has changed position compared to the rest of the 6xx0 series, but the design remains much the same. Fairly uninspiring, perhaps when it gets to market there will be a more interesting finish, courtesy of the 3rd parties. 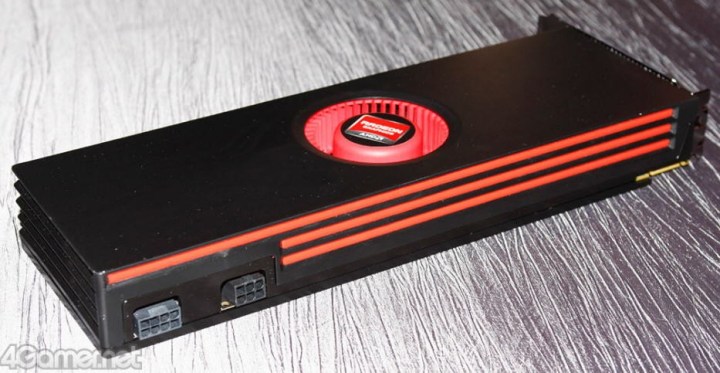 The card takes one 8-pin PCI-E power connector and one 6-pin. This is the same as the single-GPU Radeon HD 6970. The glimpse we have seen of EVGA's Nvidia dual-GPU card uses two 8-pin PCI-E connectors. 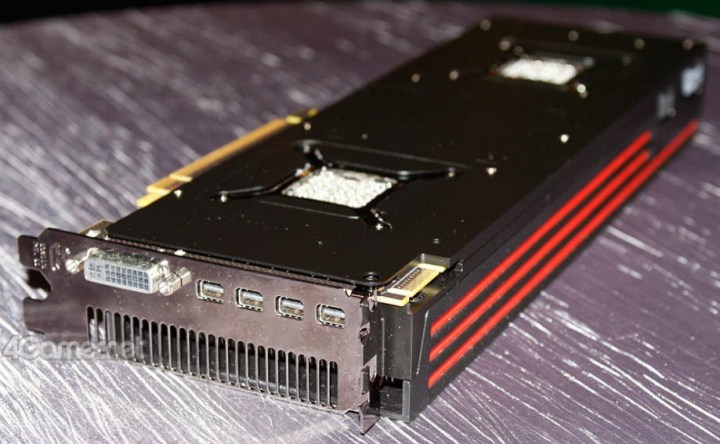 You can see the card is equipped with one DVI connector and four Mini Display Port connectors. The single connection for Crossfire will allow the card to connect to one other for 4-way Crossfire, if you dare (Crysis 2 anyone?!).


Stay tuned for more details on the 6990, Vortez will have all the news as it comes.