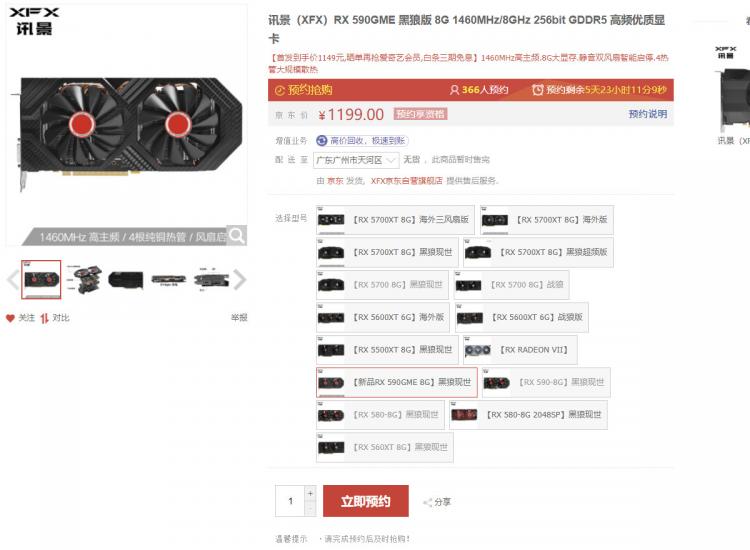 Some wonders never cease, and one of those is the longevity of GPU architectures long thought to be past their prime. Today word arose from Asian sources of a new variant of the Polaris-based RX 590, clocked slightly lower than the original and seemingly filling a price/performance gap in Eastern markets as well as making best use of the remaining Polaris silicon.

According to listings published by Expreview the Radeon RX 590 GME is almost identical to the RX 590 8GB in specifications, sporting the full 2304 shaders and 8GB GDDR5 @ 8GHz memory. In fact the only significant change in terms of reference specifications appears to be a dip in operating frequency, which drops to 1385GHz from 1545GHz (both of these figures being indicated as 'up to' of course). 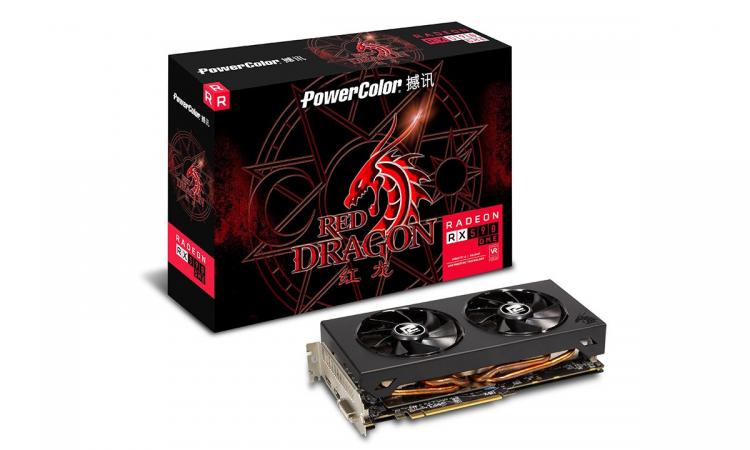 While 1385GHz is the minimum listed, some cards have been factory overclocked beyond this

Models are listed from major partners of AMD such as Sapphire, Powercolor, ASRock and XFX, so this isn't the lone actions of individual component manufacturers. The pricing is also slightly lower than the standard RX 590, as you might expect.

It has been speculated that these GPUs are either the remainder of Polaris XTX stock which has been cleared for retail at a lower performance point, or a quantity solicited by AMD and manufactured by Global Foundries on their 12nm process as part of an on-going contract for 12nm wafers. Either way, it appears that rumours of Polaris's death were greatly exaggerated.

For all the raised eyebrows however, the RX 580 and its derived family (of which the RX 590 is a part) still hold up surprisingly well in 1080p gaming, and thus could make for remarkably affordable budget gaming rigs with punch. An updated release makes sense in the very price sensitive Asian markets, but don't be surprised if the card never reaches Western shores.