AMD today announced a selection of refreshed APUs on the Brazos platform. The Brazos platform caters for AMDs portable and ultraportable sectors ranging from slimline All-in-one desktop PCs to notebooks and netbooks. 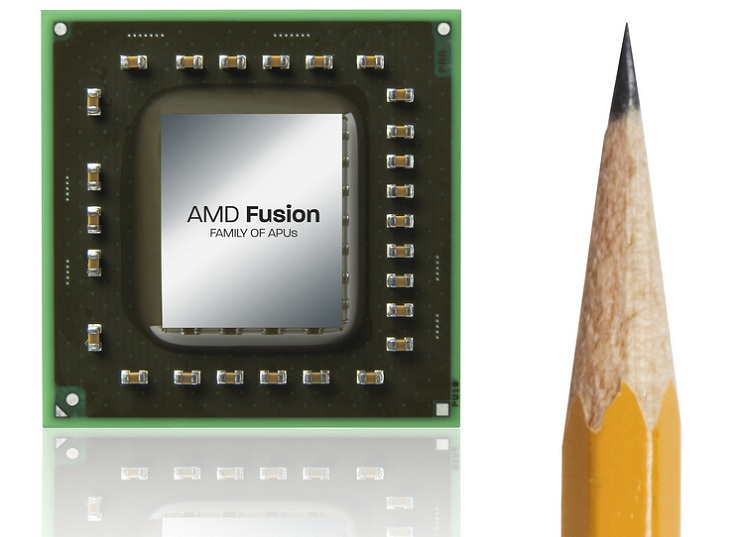 The E-450 replaces the E-350, with a small increase of CPU speed to 1.65GHz from 1.6GHz and the integrated HD6320 GPU increases from 492MHz to 508MHz. That is not all, the E-450 now also sports AMD Turbo Core which can boost the GPU speed upto 600MHz if there is spare TDP, increasing GPU speed by upto 22%. If that is not enough, the E-450 also now supports DDR3 1333MHz up from 1066MHz.
Next is the dual core E-300 which is replacing the single core E-240. While there are performance implications gained from the extra Bobcat core, The CPU and GPU speeds are dropped slightly from the E-240 speeds of (CPU/GPU) 1.5GHz/500MHz to 1.3GHz/488MHz.
Finally the low power C-60 that is replacing the C-50. It is also a dual core part. (making all refreshed APUs dual bobcat cores) CPU and GPU speeds are identical to the C-50's 1GHz/276MHz however the C-60 introduces AMD's Turbo Core on the CPU and GPU boosting speeds up to a possible 1.33GHZ/400MHz, a relatively huge potential.

The refreshed E-Series APUs now support HDMI 1.4a for 3D playback and all refreshed APUs support DisplayPort++ which allows OEMs more flexibility in the options they provide the end user as DP++ allows HDMI and DVI signals to pass over the DP connector thus use of passive adapters is possible. The performance benefits come due to a maturing fabrication and better yields and are able to retain the TDPs of 18w (E-Series) and 9w (C-Series). These APUs are available now to OEMs though no information on when they will be available for retail just yet.