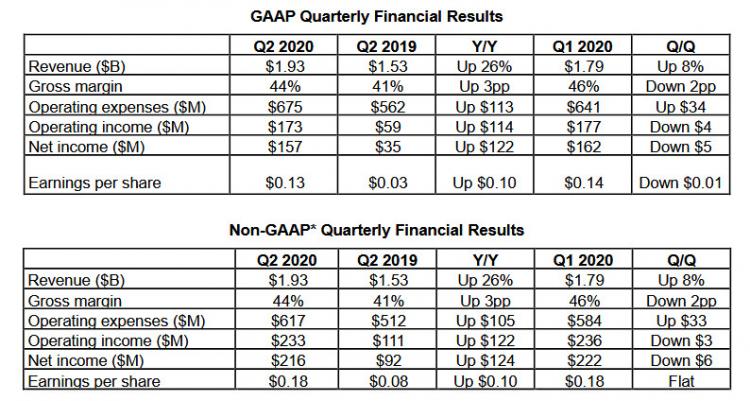 AMD's Quarterly Earnings for Q2 2020 are now available, detailing their financial performance during the months of April to June 2020. Revenue hit $1.93bn last quarter and operating income reached $177m under challenging conditions due to ongoing coronavirus mitigations that in turn increased operating expenses. Overall confidence in their position has led AMD to raise their full-year revenue outlook for FY2020.

Year on year revenue growth of 26% has been primarily driven by the Computing and Graphics segment, while quarter-on-quarter growth was market by improvements in the fortunes of Enterprise, Embedded and Semi-Custom segment revenue. You might recall that Q2 2019 was the quarter prior to the debut of 3rd Generation Ryzen 3000-series CPUs, X570 motherboards and Radeon 5000-series graphics hardware, which explains much of the bump in numbers from a year ago. 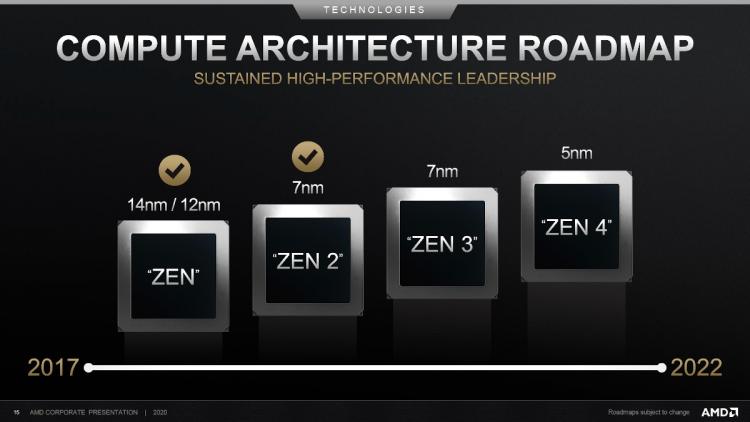 The Computing and Graphics segment revenue was $1.37 billion, up 45 percent year-over-year but down 5 percent quarter-over-quarter. Quarter over quarter falls were primarily due to a dip in Radeon GPU sales numbers. EPYC meanwhile continues to do well, offsetting falls in custom and semi-custom product revenue.

For the third quarter of 2020, AMD expects revenue to be approximately $2.55 billion, plus or minus $100 million, an increase of approximately 42 percent year-over-year and 32 percent sequentially. 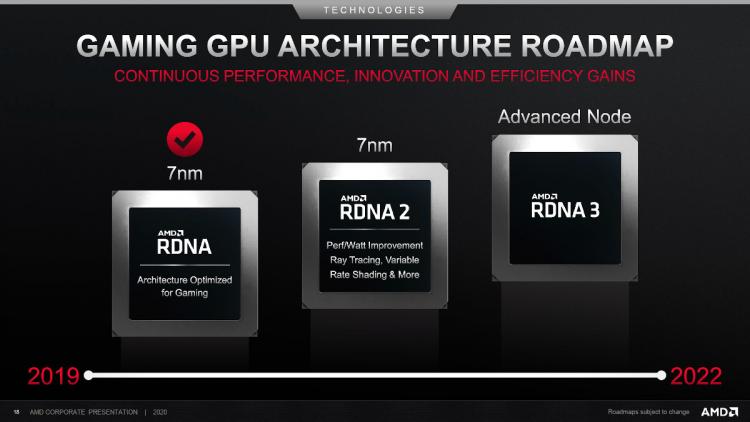 A subsequent corporate presentation outlined AMD's roadmap for 2021 and beyond. It confirmed that Zen 3 will be a 7nm product lineup alongside RDNA 2, with Zen 4 debuting on 5nm prior to the end of 2021. RDNA 2 graphics architecture will also ship with support for Ray-tracing and Variable Rate Shading (as expected due to prior console feature announcements).

AMD will also be releasing 7nm compute processors based on their new Compute-DNA (CDNA) architecture, a GPU architecture variant tailored to data centre applications. It will feature an optimised implementation of 2nd generation Infinity Architecture for high-speed communication between multi-node CPU servers and n-way GPUs. 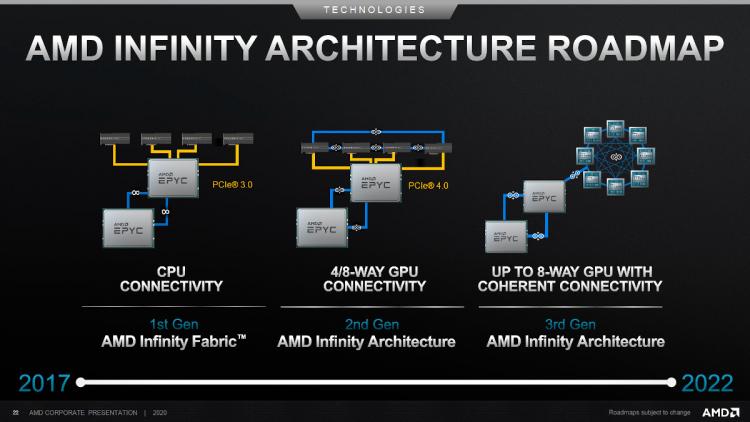 The presentation did not spell out release dates, but indicate that AMD will be maintaining a process lead through a transition to 5nm on much of their product range before the end of 2021. None of the above should come as a shock to those who tuned into the equivalent Q1 presentation.