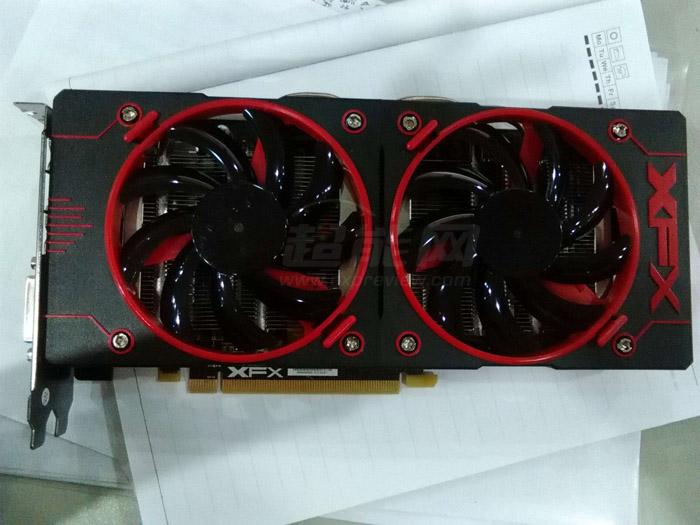 According to a report by EXPreview (echoed by TechPowerUp) AMD are planning to follow-up their R9 Nano release with a new performance SKU believed to be the R9 380X. Images show what is proported to be a brand new XFX-branded graphics card with performance-class cooling, and as '370X' is already taken only the R9 380X name is free in AMD's mainstream range nomenclature.

Two GPUs are seen as major candidates to sit at the heart of the new cards. The first is yet another re-release of the Tahiti XT GPU, last seen on the R9 280X but debuting with the HD7970. The old Tahiti is a GCN 1.0 architecture part that still performs well and is a solid DirectX 12 design, but has been largely outclassed by more modern AMD designs. Even so, a 6GB Tahiti for ~$259 MSRP would be a very interesting proposition for affordable high-resolution gaming.

The second possibility being mooted is that the R9 380X would be equipped with a Tonga GPU one step above those in the R9 380. Originally launched as the R9 285, desktop Tonga variants are based on the more up-to-date GCN 1.2 architecture but have been restricted to a 1792-shader Tonga PRO model. Mobile variants however (e.g. R9 M295X) are based around a more beefy 2048-shader Tonga XT, also featuring 128 TMUs and 32 ROPs (compared to the 112 TMUs and 28 ROPs seen on a Tonga PRO) but retaining a 256-bit memory bus. 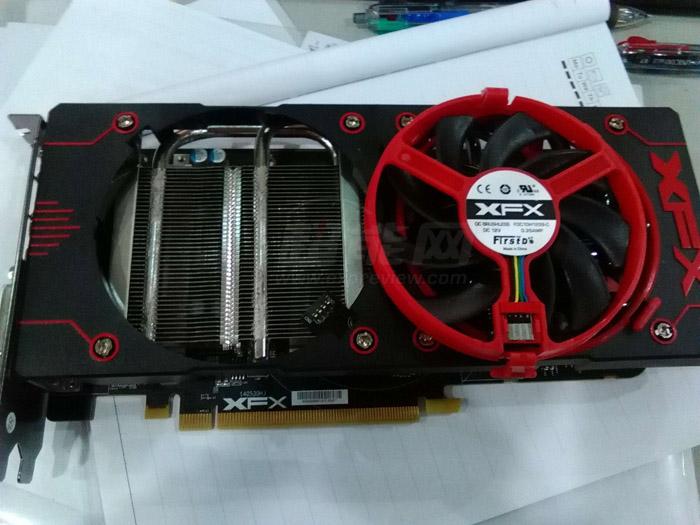 Returning to the images briefly, the card shown is cooled by XFX's latest Double Dissipation heatsink/fan design, notable for four 8mm heatpipes and detachable fans. Not only should it cool more than adequately, it will also make cleaning the aluminium fans far more straightforward than it is on most performance GPUs.