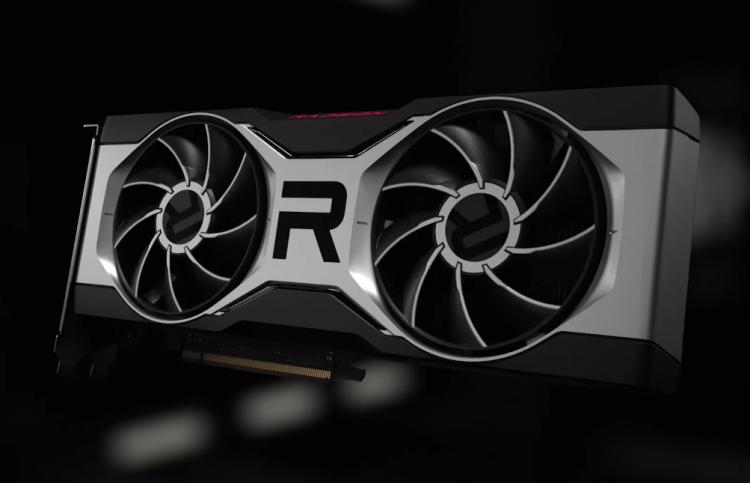 AMD today announced the fourth member of the RX 6000-series of graphics cards featuring their RDNA2 architecture. The Radeon RX 6700 XT aims to take on 1440p gaming with maximum image quality settings from March 18th, going toe to toe with NVIDIA's GeForce RTX 3070 across the length and breadth of games now available on PC. And it will do it starting from an SEP of $479 in the US, direct from AMD.com and through retailers.

Radeon RX 6900- and 6800-series 'Big Navi' GPUs launched last year with great fan-fare, putting AMD back on the map when it comes to pure rasterisation performance while also for the first time incorporating support for real-time hybrid ray tracing. This latest card won't hit such rarefied performance levels, but should be competitive for 1440p >100Hz gaming, a segment which grew strongly in 2020. It leverages RDNA2 - which means the latest AMD gaming technologies - a 7nm manufacturing process that promotes power efficiency and high operating frequencies, and a much more attractive price point than its siblings. 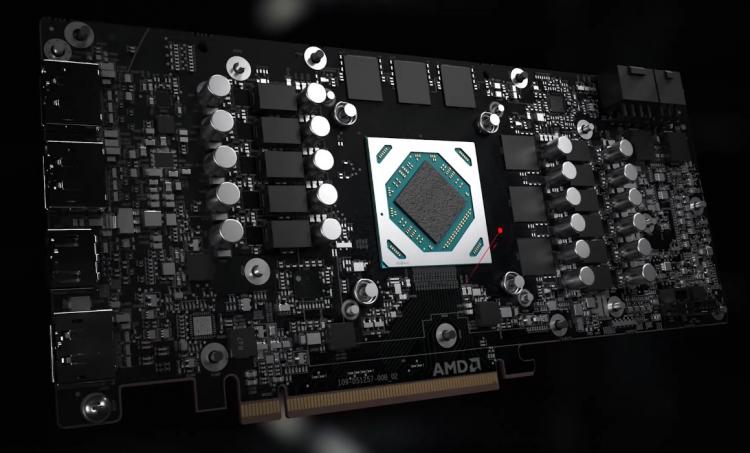 During the presentation emphasised the significance of equipping each card with 12GB of VRAM, highlighting titles that can exceed 6, 8 and even 10GB memory pools despite the still fairly conventional QHD resolution. Irrespective of future game requirements, making do with 6/8GB wasn't an option if AMD wanted gamers to play the games they love today maxed out at 1440p.

AMD believe that the card should comfortably surpass the GeForce RTX 2080 SUPER at 1440p as well as the RTX 3060Ti, trading blows with the RTX 3070. An MSRP of $479 is £20 less than the RTX 3070, but current market turmoil makes this distinction effectively meaningless.

The red team will also be applying lessons learned in the development of prior reference models by joining the RX 6900 and 6800 in ditching the blower cooler design. Reference cards will instead have a custom dual axial fan cooler design that utilises three heatpipes and an aluminium heatspreader to keep the GPU cool.

AMD also had some other important news to share. Smart Access Memory, a technology that exploits a feature of the PCIe standard known as Resizable BAR to expand the maximum video memory addressable by the CPU, will soon be available with Ryzen 3000-series processors. A 500-series motherboard will still be required, but those with the older CPUs will be able to take advantage of the feature so long as they have a RX 6000-series GPU.

Furthermore, support for Radeon Boost and Radeon Anti-Lag is being widened. The former is being incorporated into a wider selection of titles, now also including some DX12 games, while the latter should be an available feature on all DX9, DX11 and now DX12 games. 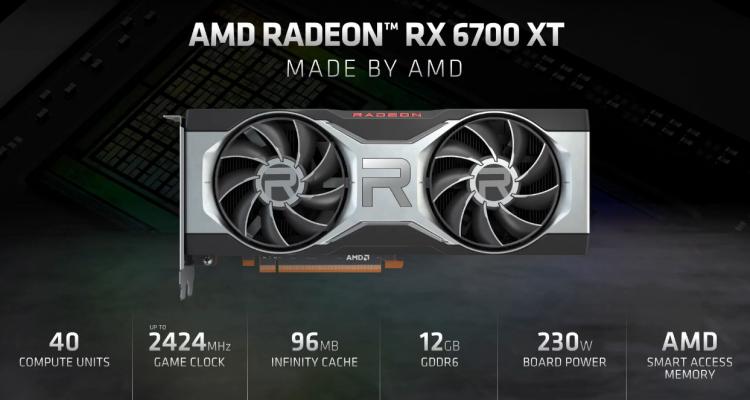 Reviews of the RX 6700 XT should land on or before March 18th, and will include the reference card and AIB models. To maximise availability AMD will be selling some reference models to certain regions through AMD.com, while partner cards will be sold through etailers as usual. It remains to be seen how closely price will track with the MSRP, and if availability will be any better than recent GPU launches.

No mention was made of the non-XT Radeon RX 6700. More announcements of future RDNA2 products are expected in the coming months.