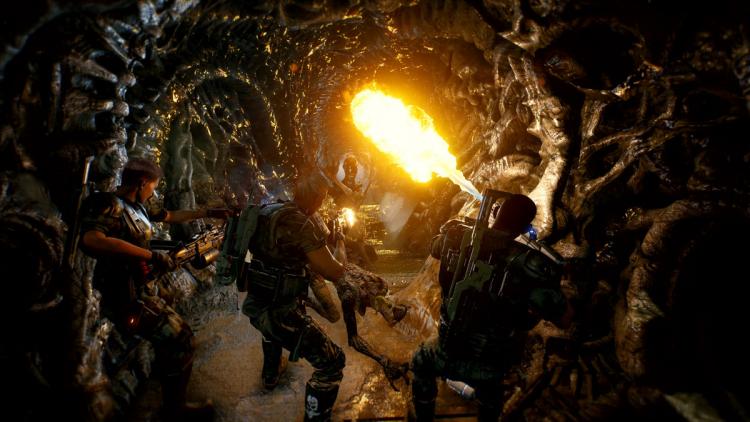 Inexorable improvements to AMD Radeon's graphics drivers continue this week with the publication of a new optional update with performance improvements and bug fixes. Ostensibly targetting the Myst remaster for higher frames rates both in and out of VR Mode, the driver also offers an initial 'best day 1 experience' for two other games that may grace your desktop in the near future.

Radeon Software Adrenalin 2021 Edition 21.8.2 is the second driver update this month and also the second indicated to be optional rather than officially recommended by the development team. The aforementioned Myst-oriented improvements account for an increase of up to 6% at 4K resolution with medium settings compared to the driver released earlier in August, a note that's very much the highlight of this release. That may not sound like much but, if the improvements also translate to a smoother experience on desktop and when using a VR headset, then it's nothing to be sneezed at.

Aliens: Fireteam Elite, a co-op third-person survival shooter from Cold Iron Studios, launched this week on PC, and like everyone other title will probably benefit significant from a day-1 driver update. No detail is presented by AMD but you can probably expect stability tweaks at a minimum to aid in a smooth initial experience.

This driver also addresses issues uncovered with OBS when operating in tandem with some RX 6800 graphics cards, ray corruption in Control in DX12 mode, and a Radeon software application crash condition. Summarised notes, including a list of issues identified and to be fixed, are reproduced below.

Radeon Software Adrenalin 21.8.2 is available from amd.com/support and via the software live update tool. It's compatible with 64-bit versions of Windows 10 and GPUs are far back as the RX Vega generation of hardware, including a subset of AMD APUs powered by Radeon graphics.

- Open Broadcaster Software may continue to run in the background after a user ends a recording session and closes the application.
- Visual artifacts in PAYDAY 2 may be observed during gameplay on some AMD Graphics products such as Radeon RX 6800 XT.
- AMD is investigating a black screen issue that may be experienced while playing Myst or Kingshunt on some Radeon RX 6800 XT graphics products. A temporary workaround is to disable Performance Metrics Overlay or Radeon Image Sharpening in Radeon Software.
- Driver timeouts may be experienced while playing a game & streaming a video simultaneously on some AMD Graphics products such as Radeon RX 500 Series Graphics.
- Radeon Software may crash or become unresponsive while playing some DirectX® 11 games such as PlayerUnknowns Battlegrounds with multiple displays connected in extended mode.
- Playing Horizon Zero Dawn for an extended period may lead to a driver timeout or game crash on some AMD Graphics products such as Radeon RX 6700 XT.
- Enhanced Sync may cause a black screen to occur when enabled on some games and system configurations. Any users who may be experiencing issues with Enhanced Sync enabled should disable it as a temporary workaround.
- Connecting two displays with large differences in resolution/refresh rates may cause flickering on Radeon RX Vega series graphics products.
- Radeon performance metrics and logging features may intermittently report extremely high and incorrect memory clock values.

« Two Kolink Chassis With ARGB Lighting Added To Their Ever-Widening Portfolio · AMD Roll Out Radeon 21.8.2 Drivers With Myst Optimisations & More · NVIDIA May Be Preparing A Monstrous RTX 3090 SUPER For Q4 2021 »