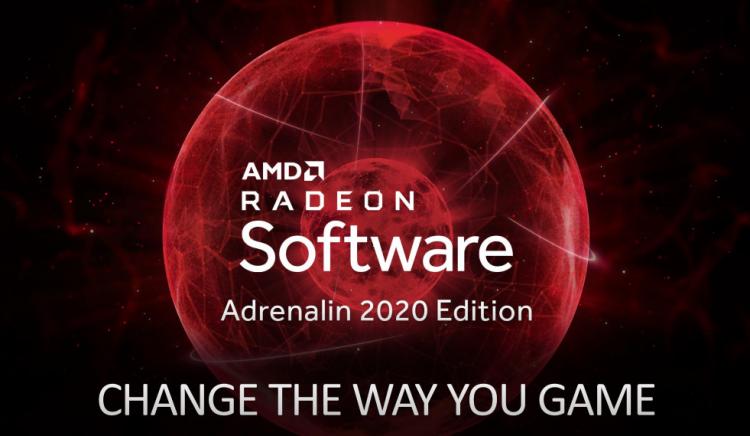 AMD are hot on their competitors heels in releasing their first driver update of February 2020. Radeon Software Adrenalin 2020 Edition 20.2.1 is an update primarily intended to offer day-0 support for Rebellion's Zombie Army 4: Dead War - a very worthy intention - but ongoing issues with the latest branch launched in December may mean that the extent of software, feature utility fixes will be of more interest to Radeon hardware owners.

Problems with the current driver stack, which underwent a major revision when the first Radeon Software Adrenalin 2020 Edition update was pushed to the public in December, have littered the /r/AMD subreddit for over six weeks. They run the gamut from incompatibilities with specific games, to crashing when installed on previously fine systems, to adjusting GPU dynamic overclocking behaviour in a manner that severely impacts on system performance. That's in contrast to the RSAE 2019 builds; although criticised, they were broadly met with increasing approval as they matured and didn't launch quite so disastrously.

Prompted to respond, AMD have sought to reassure users in a community update which outlined some of the planned fixes and many of the identified issues still to be addressed, but for many community members this represents a very incomplete list.

The latest step on AMD's roadmap purportedly fixes some of the issues outlined in the community blog, including darker than expected video output with HDR content and the failure to detect VR games when SteamVR is active. Hopefully this is a start of a long and earnest effort to re-capture user confidence in their driver stack and recapture the 'fine wine' adage.

The Radeon Software Adrenalin 2020 Edition 20.2.1 driver can be downloaded at amd.com/support for 64-bit versions of Windows 10 and 7. Modern and GPUs are far back as the original GCN architecture (HD 7000-series) are compatible with this driver package, as well as selection Radeon Mobility GPU and APU products.

- Some users may experience higher than expected memory usage when recording with Radeon ReLive.
- HDR content may become overly dark or overly bright in some DirectX®12 API games on Radeon RX 5000 series graphics products.
- The camera element may exhibit stutter in recorded clips or during streaming using Radeon ReLive.
- The scroll bar is missing for some users in the Compatibility tab of Radeon Software.
- Radeon Software may fail to detect VR games when SteamVR is running or has been started.
- Radeon Anti-Lag enable and disable beep notifications may be played in error when individually pressing keys assigned to the hotkey.
- The Snap Settings feature may fail to apply settings for Auto Tuning controls if other Auto Tuning settings were already applied.

- Some DirectX®11 API games may experience an application crash when performing a task switch with Radeon Image Sharpening enabled.
- Enabling feature for Radeon ReLive such as Instant Replay, Instant Gif or In-Game Replay may cause the display or UI to flicker or stutter.
- A loss of display with working audio may be experienced on a limited number of displays when performing a mode change on Radeon RX 5000 series graphics products.
- A system crash or hang may occur when running the Final Fantasy XIV: Shadowbringers benchmark.
- Integer Scaling may cause some video content to show flicker when the display resolution is set to less than native resolution.
- The Radeon Software Overlay hotkey notification may sometimes be displayed during video playback in web browsers or launching some video player applications.
- Radeon Software may open with an inconsistent size or may not keep its previously set size when opened.
- Modifying the HDMI Scaling slider may cause FPS to become locked to 30.
- Some Radeon RX 5700 series graphics users may intermittently experience a black screen while gaming or on desktop. A potential temporary workaround is disabling hardware acceleration in applications running in the background such as web browsers or Discord.
- Some games may exhibit stutter or appear to be downclocking on Radeon RX 5000 series graphics products.
- A black screen may occur when performing a mode change with a limited number of displays on Radeon RX 5700 series graphics products.

There are currently 550 user(s) online:
Google