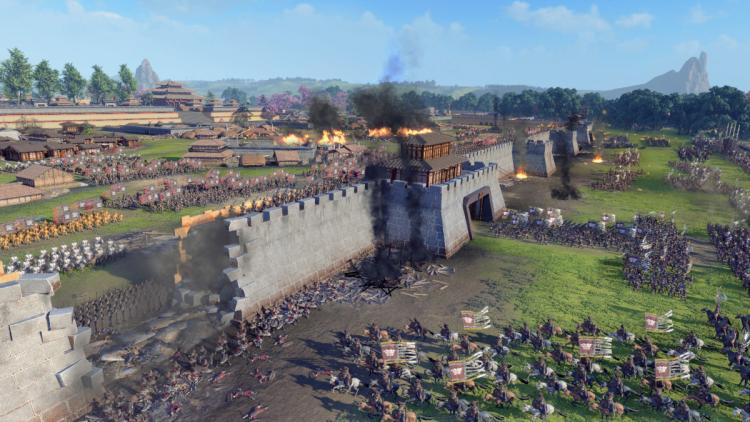 Creative Assembly's Total War Three Kingdoms is released on PC today, and AMD have been quick off the mark with a brand new driver update optimised for the best possible day 1 experience. Radeon Software Adrenalin 2019 Edition 19.5.2 is the first in AMD's driver stack to officially support the new Total War, but also incorporates many hardware and software fixes that could be and important factor in your decision to update even if you haven't purchased that particular game.

Of particular note is a fix for screen flickering issues experienced by some Radeon VII users, particularly those running multiple monitors. Beyond that, this driver and software update also fixes erroneous temperature data reports in the Radeon WattMan application and misreported GPU utilisation statistics.

Included in the release notes for these drivers is acknowledgement of new bugs which AMD are seeking to fix in upcoming releases. Two regard issues with specific laptop models, with the onus now being on AMD to roll out a patch rather than wait for OEMs to filter reports upstream and slowly issue an update. Fingers crossed affected users won't be waiting too long.

These drivers are available from amd.com/support, are supported on 64-bit versions of Windows 7 and 10, and are compatible with AMD Radeon GPU hardware going back as far as the HD 7000-series. Note that laptops powered by AMD Ryzen Mobile Processors with Vega Graphics should also be supported.

- AMD Radeon VII may experience screen flicker when multiple displays are connected on desktop or while applications are running.
- Radeon WattMan may list the incorrect max temperature for some graphics products.
- GPU Utilization in Radeon Performance Metrics Overlay may sometimes show on unsupported products.
- HDR Video may freeze or have corruption during playback when using Movies and TV Application with some Ryzen APUs.

There are currently 1060 user(s) online:
Google