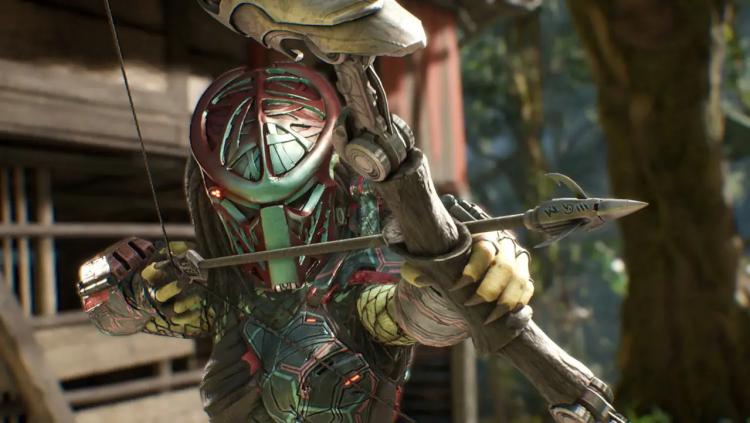 Despite the trying times we're living in right now the publishers aren't letting up on releasing new games to the PC market. This in turn means graphics hardware driver development can't rest on its laurels even though circumstances are understandably strained. Owners of expensive GPUs assume that the latest games will be more than merely 'playable' on their hardware; that, it seems, will never change. So it's gratifying to see AMD return with the second Radeon Software Adrenalin Edition driver update for April 2020, prepared as a day-0 revision for a pair of imminent launches.

Radeon Software Adrenalin Edition 20.4.2 is optimised for Predator: Hunting Grounds and Gears of War Tactics, ensuring that the launch experience on AMD Radeon hardware is the best possible. Optimisations could improve both performance and stability, so owners seeking to play either title should update their driver accordingly. Earlier this month the 20.4.1 driver performed a similar service for the PC remaster of Resident Evil 3.

Systems equipped with Radeon hardware may still find it advantageous to update to these drivers this weekend however. RSAE 20.4.2 lists 11 fixes to known issues affecting prior drivers (likely as far back as the first RSAE 2020 driver) including crashes in Overwatch, stuttering performance when using the Radeon Overlay, MS Edge crashes when streaming Netflix content, and more. When combined with seven other fixes issues in 20.4.1, the latest driver update paints the picture of a very busy April for AMD's driver development and QA teams.

These drivers also lay out ten known issues due to be squashed in a coming update, including Enhanced Sync black screen TDRs, incorrect metrics in Performance Metrics Overlay and Radeon WattMan, and Radeon RX Vega-related TDRs when alt-tabbing. AMD also recommend performing a Factory Reset installation if users experiences other problems, wiping previous versions of the driver software and any lingering configuration issues they may cause.

You can download the Radeon Software Adrenalin 2020 Edition 20.4.2 drivers for 64-bit versions of Windows 7 and 10 at amd.com/en/support. The driver is compatible with GPUs as far back as HD 7000-series (GCN) hardware, and will support AMD Ryzen Mobile Processors with Vega Graphics.

- Enhanced Sync may cause a black screen to occur when enabled on some games and system configurations. Any users who may be experiencing issues with Enhanced Sync enabled should disable it as a temporary workaround.
- Using Edge web browser to playback video content with a multi display system configuration may cause a system hang or crash after extended periods of use.
- Performance Metrics Overlay and Radeon WattMan incorrectly report higher than expected idle clock speeds on Radeon RX 5700 series graphics products. Performance and power consumption are not impacted by this incorrect reporting.
- Modifying the HDMI Scaling slider may cause FPS to become locked to 30.
- Some games may exhibit stutter intermittently during gameplay on Radeon RX 5000 series graphics products.
- Radeon RX Vega series graphics products may experience a system crash or TDR when performing multiple task switches using Alt+Tab.
- Desktop or In-game corruption may occur intermittently when HDR is enabled.
- Direct ML Media Filters are currently unavailable in Radeon Software Media gallery for video or image content.
- Some users may still experience black screen or system hang issues during extended periods of gameplay. AMD will continue to monitor and investigate reports of these issues closely.
- Some laptops may encounter a BSOD when installing Radeon Software Adrenalin 2020 Edition over an existing OEM graphics driver. To work around this issue, first uninstall the OEM graphics driver using Programs and Features within the Control Panel. Once complete, install the Radeon Software Adrenalin 2020 Edition package and select the Factory Reset option during setup.