AMD Rumoured To Be Switching To LGA For AM5 Socket 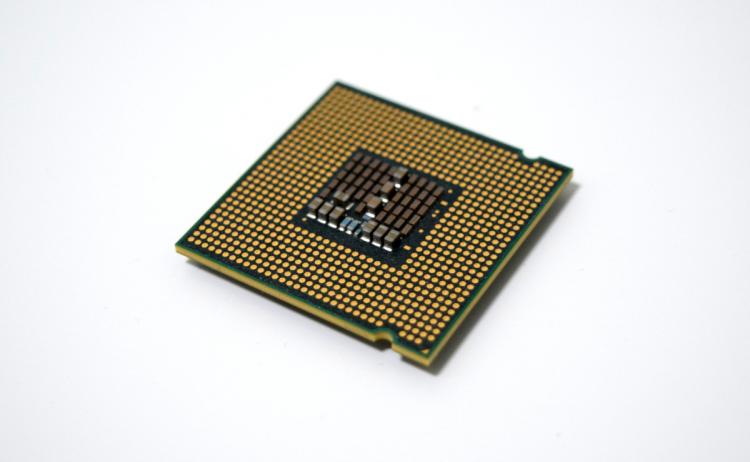 According to new reports AMD's upcoming desktop CPU socket redesign will finally herald the end of the PGA chip style for Ryzen, transitioning the platform to the Land Grid Array (LGA) packaging used by Intel for almost 15 years (and AMD Threadripper for a fraction of that time). The socket - likely to be named AM5 - will allegedly utilise 1718 pads on the CPU package and a corresponding 1718-pin socket on the motherboard, and be a central feature of a Zen architecture/600-series motherboard future product launch. It will also mean that the socket will be totally mechanically incompatible with AM4, an assumption that was already made when AMD announced that AM4 would soon be coming towards the end of its feasible life span.

The source of the rumour is @ExecuFix, and it comes with a few more important platform details. A transition to DDR5 memory makes a lot of sense as part of the socket redesign, ensuring that AMD's next generation of processors doesn't need to straddle memory standards over partial generations. A PCIe 4.0 limitation is a little unexpected perhaps, but it was later clarified that PCIe 5.0 support would likely begin with Genoa (the EPYC server architecture that will follow Milan); perhaps PCIe 5.0 signalling support can be retroactively added to the socket similar to AM4's approach to PCIe 4.0. 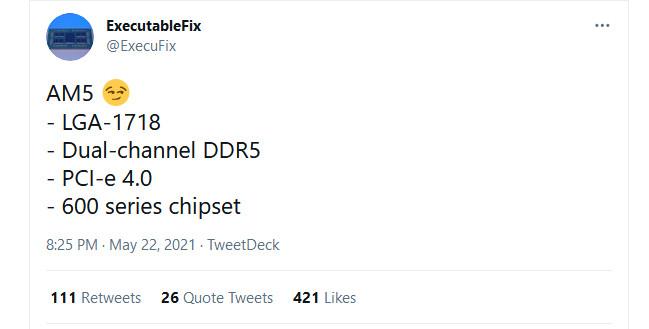 1718 pads on the processor would put it roughly in line with Intel's upcoming LGA1700, expected to debut on desktop with 12th Generation Core AKA 'Alder Lake' processors later this year.

LGA packaging on the processor is less fragile than PGA but there is a trade-off of slightly more vulnerability on the motherboard socket. Adding more protection to the processor package makes a lot of sense when it is an increasingly large proportion of the overall platform cost, and with a driving factor in utilising it for the ~4000-pad connection Threadripper/EPYC package. An additional footnote is that the overall footprint of the socket will be similar to the 40x40mm of AM4. In theory, this would mean that current AM4 cooling solutions would be compatible, reducing the cost of transition to manufacturers, SIs and DIY system builders.