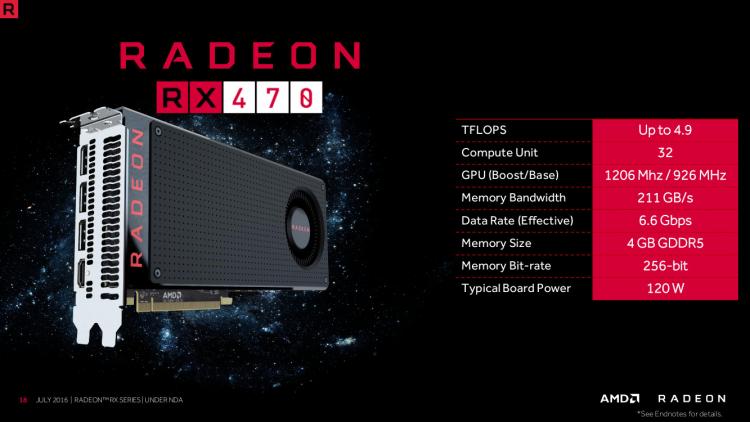 AMDs RX 470 line of graphics cards are officially available from retail outlets today, 4 August. The RX 480s little brother has been widely anticipated since its announcement shortly after the full Polaris chip, especially considering its position in the middle of the mainstream market at an MSRP of $179US.

From the beginning, AMD made it clear that the RX 470 would only be available in AIB variants from its partners as soon as the card launched, and that is the case. AMDs strategy may have backfired a bit in the pricing. Because the RX 470 base MSRP is so close to the base price of the 4GB RX 480, the more expensive AIB models of the RX 470 edge well into the RX 480s territory. Currently on Newegg.com, both the 4GB and 8GB models of the RX 470 from Sapphire are selling for over $200US, the base MSRP for the RX 480. In fact, there is actually only one variant of the RX 470 available under the RX 480s MSRP.

Aside from the pricing issues, the RX 470 offers great value for the money. It is very close to AMDs top Polaris offering in performance, and in most cases, exceeds it own base specifications in the AIB designs. Since the RX 480 has been so scarce following its release, the RX 470 may provide a worthwhile alternative to people in the mid range value segment, especially considering it comes in under both the RX 480 and the GTX 1060 in price while still offering great performance on 1080p screens.

Check back a bit later for our full RX 470 review.