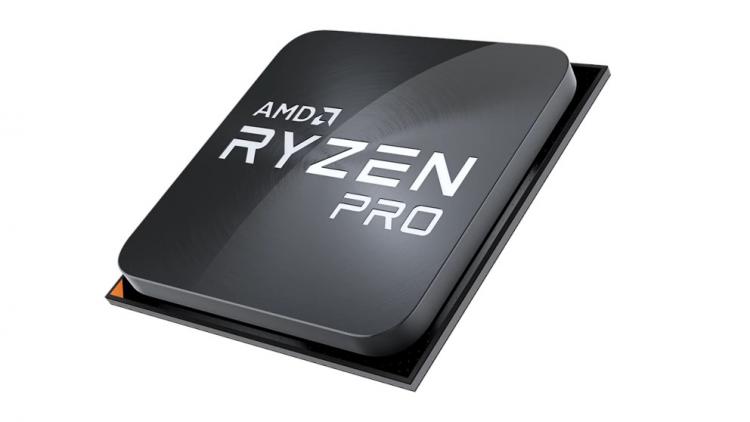 Powering versatile designs from both HP and Lenovo and designed to fit virtually every office environment, the AMD Ryzen 9 PRO 3900, AMD Ryzen 7 PRO 3700, and AMD Ryzen 5 PRO 3600 CPUs are based on the world's most advanced 7nm "Zen 2" core architecture. Offering up to 12 cores and 24 threads - the most of any business processor only with the AMD Ryzen 9 PRO 3900 processor - they provide a high-performance and high-efficiency design built for even the most rigorous business environments and are power efficient without sacrificing performance.

Ryzen 9 PRO 3900 and Ryzen 7 PRO 3700 brings up to 2X faster performance than the competition at the same power, ensuring a cool and quiet PC usage environment;
Ryzen PRO processors offer up to an estimated 127% faster data-crunching versus the competition, from solving equations to running simulations in various industries including financial services, life science, and energy;
Technology leadership with the most advanced 7 nm SoC and "Zen 2" core architecture, up to 12 cores at only 65 W TDP for select models.

In the coming months, enterprise customers will be able to purchase Ryzen PRO processor-based systems from top PC vendors including HP and Lenovo.

The HP EliteDesk 705 G5 Desktop Mini is the smallest and most powerful AMD Ultra Small Form Factor (USFF) business-class PC7. With many configurable options, and built-in security and manageability in a compact design, this desktop mini pairs with the HP Mini-in-One 24 Display to revamp the modern workplace. The HP EliteDesk 705 G5 DM will be available in November starting at $679 USD.

Lenovo ThinkCentre desktops have been available with AMD processors - offering great performance, security and energy-saving features - for more than ten years. That heritage continues with the ThinkCentre M75s-1 small form factor (SFF) and M75q-1 Tiny form factor offering the latest Ryzen PRO processors, up to 12-cores on the SFF model.

The clean and sleek look and feel is backed up with strong security and manageability features. New for 2019 AMD platforms is the Smart Power-On feature allowing users to mount the desktops in more flexible locations, such as a wall, under a desk or behind a monitor. Simply press ALT+P on the keyboard to power on the system. The M75q-1 Tiny also now includes a USB Type-C port and an HDMI port as standard and the option of two additional user-defined ports.