AMD's Pinnacle Ridge platform - complete with 400-series motherboards and 2000-series Ryzen CPUs - isn't scheduled for release until April, but that isn't stopping a few performance indicators from leaking out onto the interwebs. Today via WCCFTech is a new listing from Geekbench of a mid-range 6-core CPU in the range, complete with some limited specs. That CPU is the Ryzen 5 2600, the anticipated replacement for the Ryzen 5 1600 released just last year.

Ryzen 2, AKA the 2000-series, is expected to bring two major improvements over the original series. A step down from 14nm to a new 12nm+ manufacturing process isn't expected to bring major density improvements, but should be more power efficient and hence allow for higher clock speeds at equivalent voltages. Less easily quantifiable in terms of raw specs will be Performance Boost 2, the second generation of AMD's dynamic overclocking akin to Intel Turbo Boost. 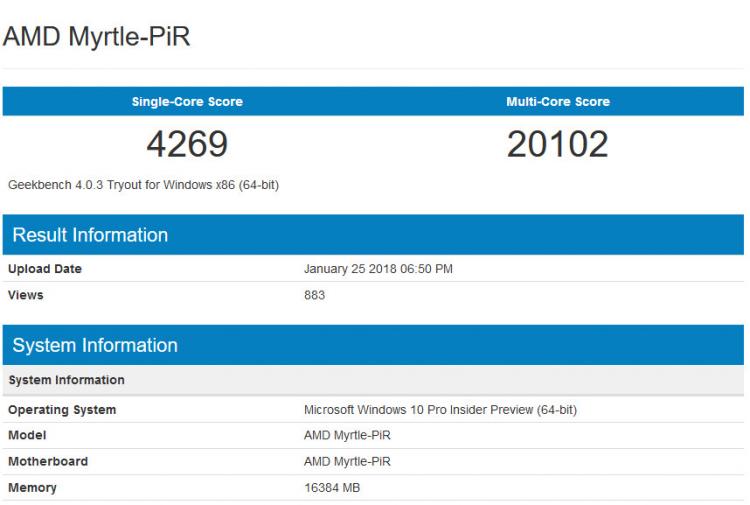 The Geekbench record in question lists an AMD CPU with "AMD Ryzen: ZD2600BBM68AF_38/34_Y" as the ID string, representing a Ryzen 5 2600, on the Myrtle in-house testing platform. This 6-core, 12-thread CPU has a base frequency of 3.4GHz which boost up to 3.8GHz under PB2, and higher under XFR2 under lightly threaded workloads; that's a 200MHz improvement over the R5 1600. Other factors such as core configuration and cache allocations appear to be unchanged, and the overall TDP stays at 65W. 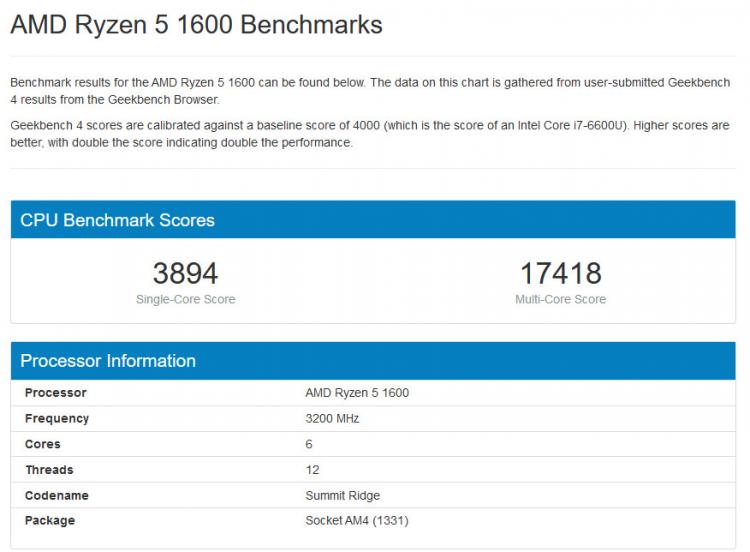 The other issue of course is that very little system configuration information is exposed in Geekbench results. It's possible that substantially faster than usual memory is being used in the R5 2600 test, which in turn would also improve cross-core and CCX communication speeds. That would have a major impact on multi-core scores in particular.

At this stage Ryzen 2 is looking promising, but more corroboration is needed and as always take rumours and leaks with a massive pinch of salt. The next major event which might see info revealed is GDC in mid-March, followed by a retail release in April.