A few weeks after the grand reveal of the third-generation Ryzen processors at COMPUTEX 2019, a leaked Geekbench test result reveals the potential of the very promising third-generation Ryzen processor with 16 cores and 32 threads on the upcoming AMD X570 platform. On the benchmark result, the AMD 100-000000033-01 processor with a base clock of 3.30GHz with 16 cores and 32 threads beats the Intel Core i9-9980XE in both single-core and multi-core scores. Based on the scores, the 16-core AMD processor is 21.45% higher in single-core performance and 7.87% higher in multi-core performance.

This is one of the rare cases, or perhaps the first, for an AMD processor to outperform an Intel processor of same-period generation in single-core tests. Furthermore, seeing a 16-core AMD mainstream platform processor outperforming an 18-core Intel Core i9 processor for Intels high-end desktop (HEDT) platform is an astonishing feat for AMDs Zen2 microarchitecture. Most certainly, this gives the third-generation Ryzen processors and the AMD X570 motherboard platform more positive expectations. See test result below. 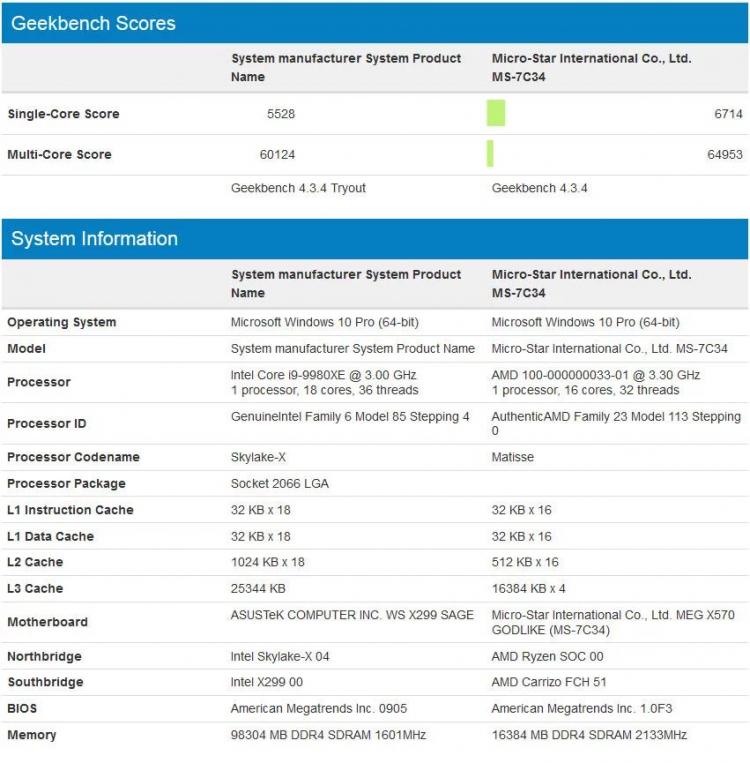