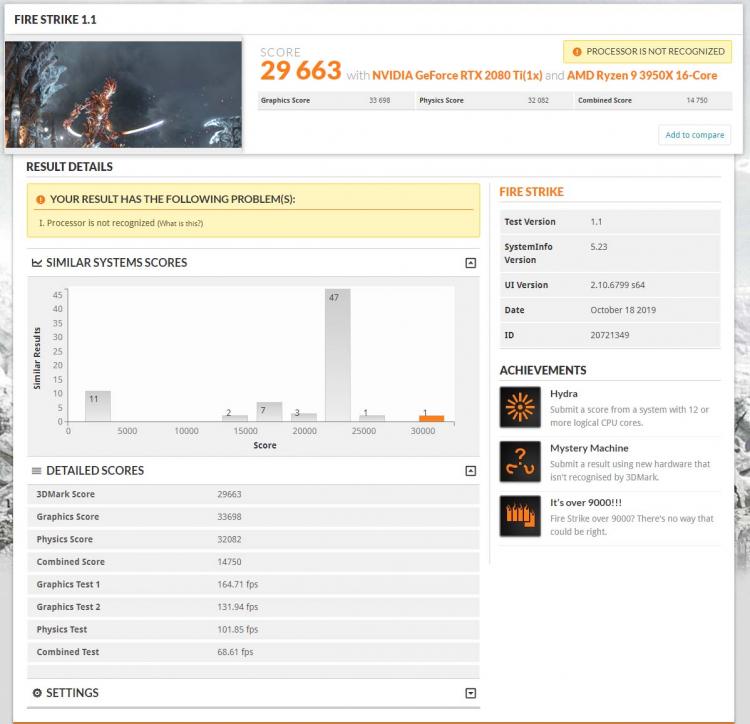 The AMD Ryzen 9 3950Xs Fire Strike benchmark scores also reveal its superiority over Intels current HEDT and mainstream offerings, particularly with the Intel Core i9-9980XE. Systems powered by the i9-9980XE tend to score around 20,000 to less than 24,000 based on UL benchmarks list of recorded benchmarks. AMD is setting up for an unprecedented win over its long-time rival Intel with the leaked benchmarks, with AMD Ryzen 3000 Series processors seemingly outperforming both Intels mainstream and HEDT platform offerings whether its per core or per dollar performance.

Brawl Between AMD and Intel this November

While Intel has already revealed the new 10000 X-Series Cascade Lake-X processors and will be coming this November. AMD also hints that it will be launching the AMD Ryzen 9 3950X processor and the third-generation AMD Ryzen Threadrippers this November. If you are planning to build a high-performance desktop PC for gaming, streaming, productivity and more, November as both AMD and Intel release its latest offerings.