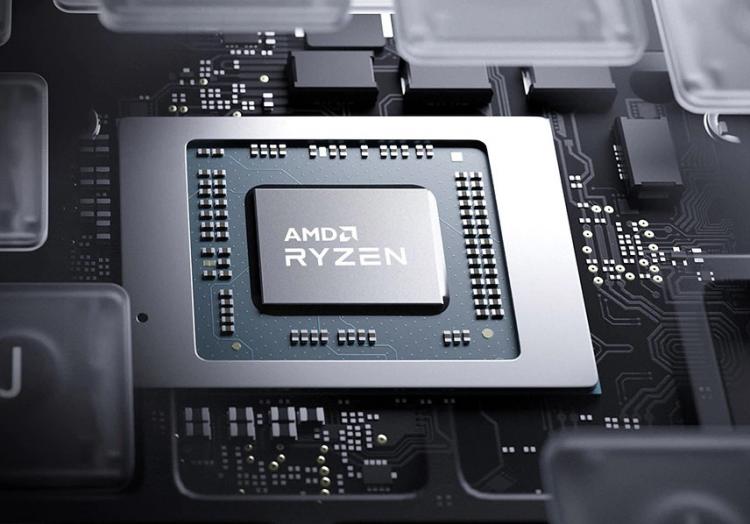 It comes as no surprise that the often rickety ship known as the PC industry is springing a few leaks as we head towards CES 2022, but even so the latest rumours coming out of AMD (via WCCFTech) will raise a few eyebrows. Despite most of the pre-convention talk focussing on new Zen 3 CPUs with 3D V-Cache, the upcoming Ryzen 6000-series APUs might be the more interesting product scheduled for next year.

The leak details broad specifications for the flagship APU in the Ryzen 6000-series 'Rembrant' APU family, the Ryzen 9 6900HX. Intended to be housed within high performance laptops and often paired with discrete graphics, it will boast 8 Cores with SMT enabled to support 16 independent threads. So far, so ordinary.

Notably, the processor will be the first to be equipped with updated Zen 3+ CPU cores, a refresh of Zen 3 for TSMC's 6nm process. Like Cezanne it will boast 4MB L2 cache and 16MB L3 Cache, but may benefit from high clock speeds and better power efficiency thanks to the new process node.

Rembrandt's most significant upgrade however looks to be in the graphics department. Cezanne was kitted out with ageing 'Vega'-class GCN shaders; its successor may be equipped with the more powerful RDNA2 architecture. WCCFTech have identified it as a 'Radeon 680M' iGPU, indicating a change in nomenclature to coincide with the new architecture.

Both CPU and GPU will benefit from support for DDR5, improving bandwidth substantially. Operating frequencies for the CPU cores should reach as high as 4.6GHz, but iGPU frequencies and shader quantities haven't been discussed as yet.

AMD's CES 2022 press conference is scheduled for 3pm GMT (7am Pacific) on January 4th. We'll hopefully find out something concrete on the Ryzen 9 6900HX at the event; until then take leaks and rumours with the obligatory grain of salt.