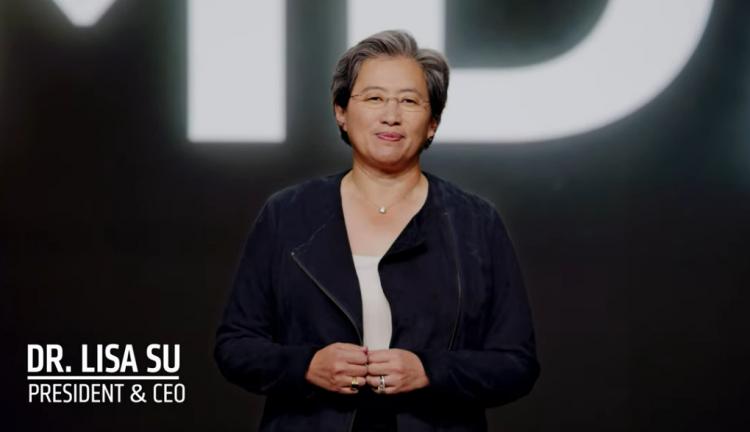 AMD's pre-recorded CES 2022 product briefing went off without a hitch earlier today, offering a little more insight into the Red Team's plans for 2022 both in mobile and desktop segments. Recent leaks have meant that there weren't many surprises, but confirmation of some hardware releases went a long way to contextualising AMD's expected release lineup for the first half of this year.

The desktop space didn't get a whole lot of love from AMD at this CES briefing, what what scraps the segment did receive were nonetheless juicy. For the immediate future the most significant news was the announcement of the Radeon RX 6500 XT, a new entry-level discrete GPU designed for 1080p gaming and built with TSMC's new 6nm process. 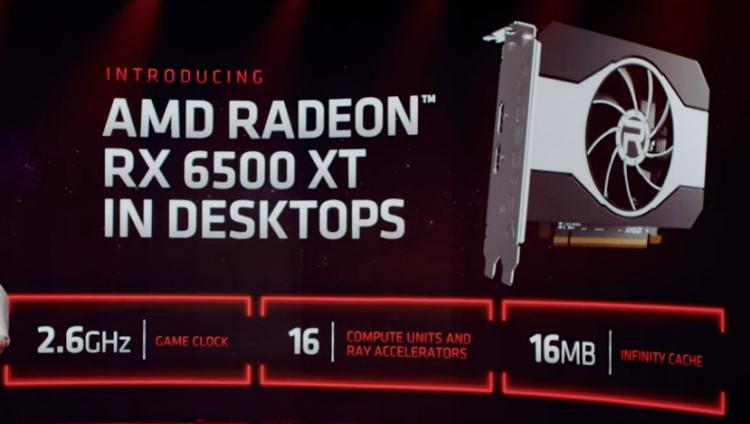 RDNA2 architecture is the foundation of this new GPU that's billed as a substantial upgrade for RX 570/GTX 1650 performance class hardware, a band that has been criminally underserved in recent years generations to a focus on high-margin premium gaming parts. Featuring ray-tracing hardware, 16 Compute Units, 16MB of Infinity Cache and the fastest sustained GPU clocks seen on consumer hardware at up to 2.6GHz, it's hoped that this will bring unheard of performance levels to the <$200 price bracket.

Yes, you read that right. AMD are planning to launch the RX 6500 XT on January 19th starting at an MSRP of $199, which on the face of it will translate to around £200 in the UK inclusive of V.A.T. Further specification information (notably memory subsystems) should be officially revealed closer to launch, but supply will be critical in dictating whether that MSRP is realistic; it's fair to say that AMD don't have the best track record. 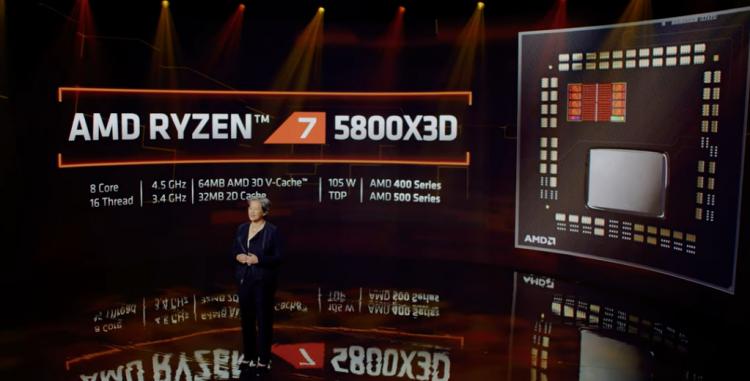 In the Spring the Desktop should also be treated to the Ryzen 7 5800X3D, the first AMD Zen 3 processor to feature 3D V-Cache. It will be an 8-core/16-thread CPU that boosts up to 4.5GHz and is equipped with 64MB of AMD 3D V-Cache to operate alongside 32MB of 2D Cache. Despite the less than stellar operating frequencies - the vanilla 5800X boosts up to 4.7GHz and has higher base clocks - the processor's huge pool of L3 Cache should (according to AMD) allow it to pull ahead of both their own Ryzen 9 5900X and even Intel's flagship Core i9-12900K.

On launch these chips should be drop-in replacements compatible with both 400-series and 500-series motherboards (BIOS updates might be required on some models). 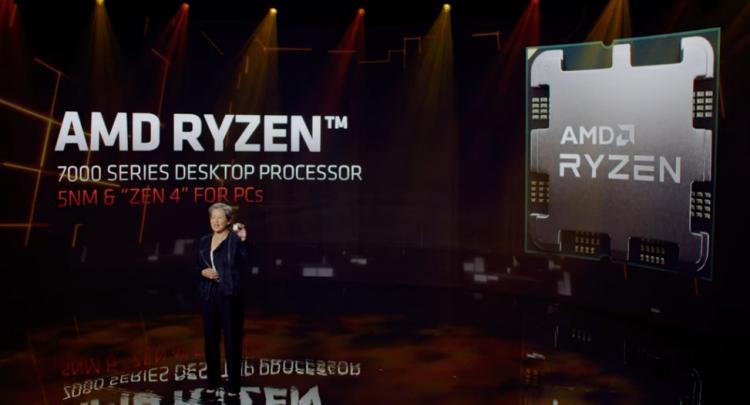 Finally, in the second half of 2022 AMD will debut the "Zen 4" Ryzen 7000-series. An all-new 'AM5' LGA1718 socket will finally consign the PGA AM4 socket to history, as well as unlock support for DDR5 memory and PCIe 5.0 I/O. Dr Lisa Su demonstrated an engineering sample of the processor clocked at 5GHz smoothly running Halo Infinite at 1080p, but clearly there's still a lot of work to be done before this next generation of CPUs is ready. Plus, it's very awkward that the processor could make the 'new' Ryzen 7 5800X3D immediately obsolete. 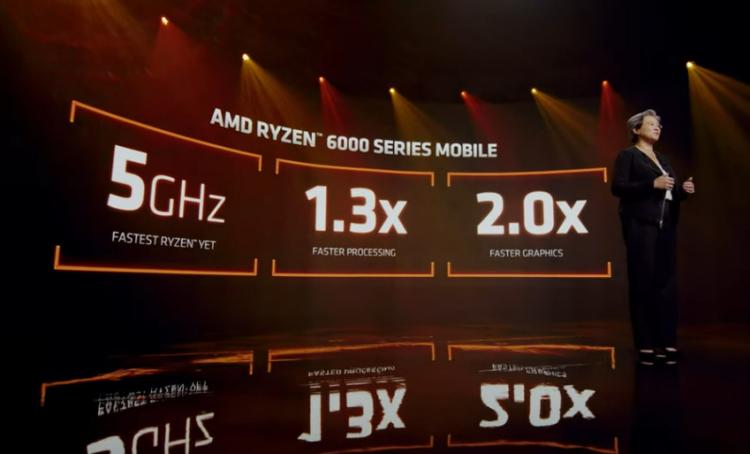 AMD's CES 2022 livestream devoted the majority of its time to the Ryzen and Radeon mobile lineup - both GPUs and CPUs - in a manner that harkens back to CES showcases of yesteryear. Not only did they unveil some of the new silicon you can find in laptops later this year, their announcements will also serve to support product launches from their partners during CES proper later this week.

Next-generation Ryzen 6000-series APUs were the most significant (but not the only) product family to be shown off. The livestream confirmed earlier reports of APUs with Zen 3+ CPU architecture, RDNA2 graphics and greater connectivity options, but more detailed breakdowns of performance were also offered. 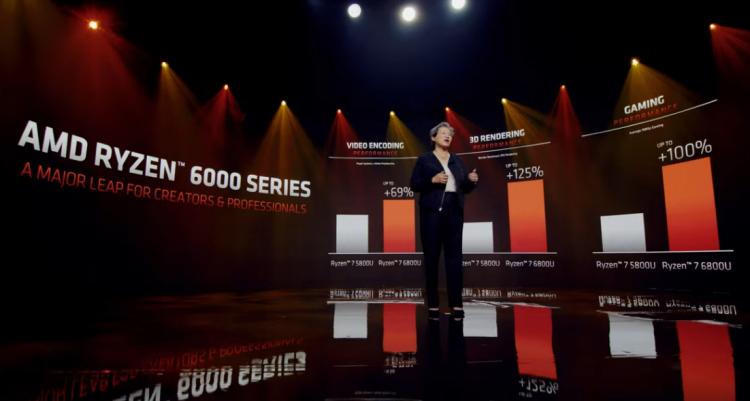 It's no surprise that major gains in GPU performance are the biggest highlight of the new range, transitioning from their ageing Vega architecture to up to 12 Compute Unity of RDNA2 power. AMD are pushing the 1080p gaming potential of this chip range heavily as compared to Intel Xe iGPUs and even entry level NVIDIA GTX 450M discrete graphics, particularly when combined with upscaling technologies, but that's not all. 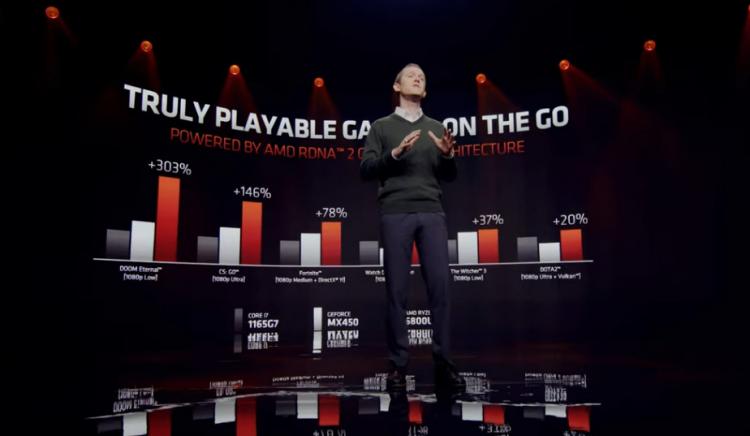 Transitioning to Zen 3+ on TSMC's 6nm node has improved all facets of mobile performance. Single, multi-threaded and combined workload metrics are up, battery lifetime is up, and platform management functionality is also improved thanks to a more robust chipset platform. Laptops equipped with this processor range will also optionally feature Microsoft's Pluton processor for additional hardware-level security. 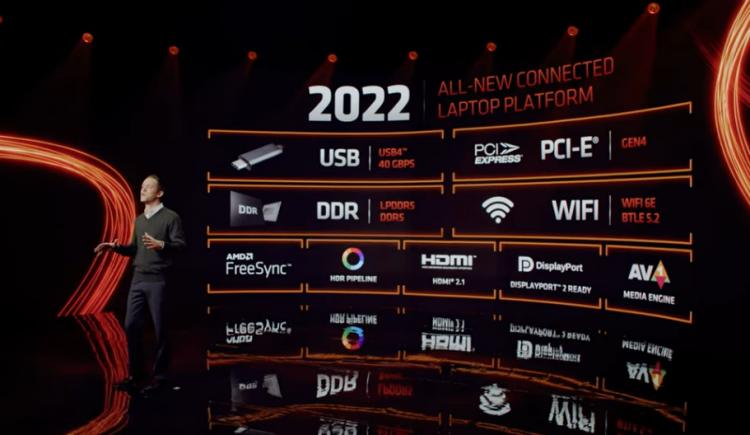 The Ryzen 6000-series for Mobile platforms is shaping up to be a comprehensive upgrade of AMD's capabilities in the portable and ultraportable space, with a wider selection of partner designs than ever before. The question is whether AMD can deliver in sufficient quantities to move the needle in market share. 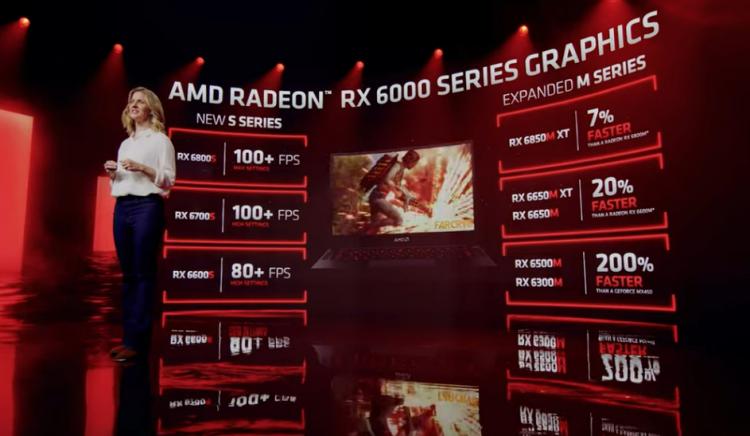 Joining the 6000S series will be new Radeon 6000M-series SKUs, including an updated chip built with TSMC's 6nm lithography. The Radeon 6850M XT offers up to 7% better performance than the Radeon 6800M XT, but the more impactful parts might be the Radeon RX 6650M & 6650M XT chips that boosts like-for-like performance by up to 20%. 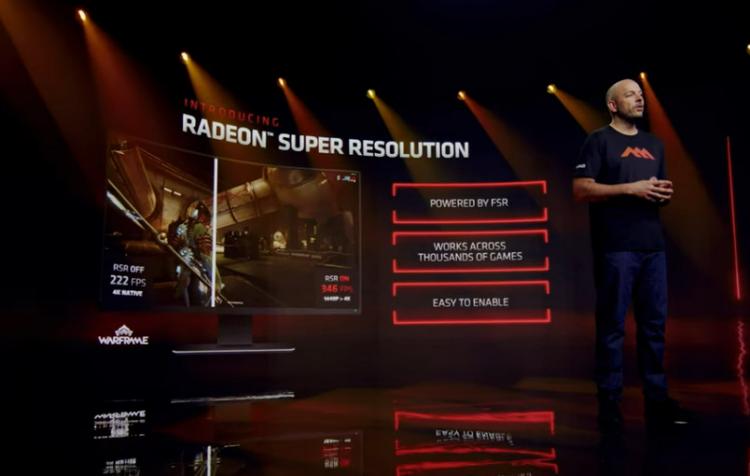 With the exception on Radeon Super Resolution - an extension of FidelityFX Super Resolution that brings FSR upscaling to 'almost every game in your library' when played in exclusive fullscreen mode - the discussion of new software features was fairly surface-level.

A new update to the Radeon Sofware Adrenalin Edition driver stack will be released in the near future. It'll integrate features such as RSR that'll be used by games both old and new throughout the year, but it's all about putting a framework in place that will allow their driver development team to eke out marginal performance and stability improvements over time. 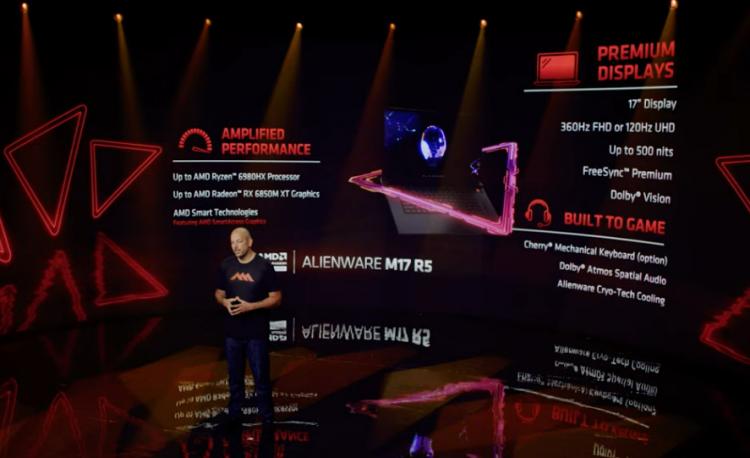 Beyond their main driver, AMD are also working on improving embedded features for mobile platforms. Part of this is a refresh of the AMD Advantage mobile hardware platform - where Ryzen APUs are paired with Radeon GPUs - to improve their Smartshift power management functionality. Smartshift Max will build on the originals functionality to balance CPU and GPU power within the envelope of overall platform power by supporting more games and applications. Smartshift Eco meanwhile will auto-shift from discrete to integrated APU graphics once the laptop is unplugged at the wall, preserving battery life.

AMD's software and hardware updates will be staggered over the year, with each quarter picking up a major release or two. Laptop release schedules will be dictated by AMD's partners such as ASUS, Alienware and Lenovo, who will bring to market their own designs with AMD silicon 'when they're ready'. 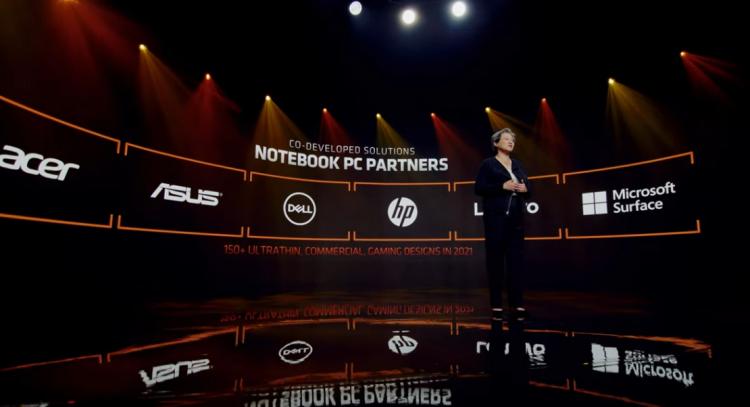 It's fair to say that AMD's narrative coming into CES 2022 is one of consolidation in the desktop space in favour of major developments in mobile, continuing a release cadence that has served them well throughout Ryzen's existence. PC gamers will be relieved to see new discrete 'affordable' GPUs in the desktop and mobile space, and enthusiasts will be eagerly awaiting major desktop CPU releases during both the Spring and then latter half of 2022.

AMD have thrown down the gauntlet. Now to see if NVIDIA and Intel pick it up.