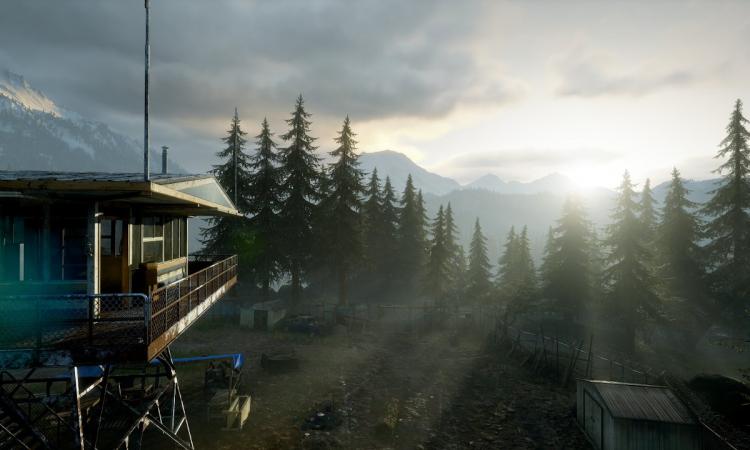 Just one of the stunning vistas on display in Days Gone, coming to PC May 18th

AMD's Radeon GPU division are rumoured to be working the launch of some new mid-range GPU hardware, but in the meantime they're not taking theirs eyes off the ball when it comes to driver updates. Today the second May 2021 Radeon Software Adrenalin Edition revision has officially arrived, bringing with it support for Day's Gone, some new software tools from Microsoft, and a handful of bug fixes. You can download RSAE 21.5.2 from here or by navigating to amd.com/support followed by selecting your hardware configuration and operating system.

Days Gone is a survival horror games from Sony Interactive Entertainment, giving you a hint that yes, this is in fact a console port. Day's Gone was originally released in 2019, and is part of Sony's recent efforts to bring first-part console titles to Windows PCs (such as the successful launch of Horizon: Zero Dawn in 2020). Like all console ports day one performance and stability will be a concern, making any and all pre-launch driver updates intended to improve gaming conditions exceptionally timely. This is an aspect of their driver development pipeline that AMD have much improved over the last couple of years, despite the COVID-related troubles of the last 15 months.


Software developers will also be pleased to know that RSAE 21.5.2 will also support both the Microsoft DirectX 12 Agility SDK and Microsoft Shader Model 6.6. They are key deliverables for DirectX 12 Ultimate's roadmap that will maintain its place as a cutting-edge API, and will also aid in the development of cross-platform titles appearing on both PC and XBOX. Learn more about both here.

It wouldn't be a particularly meaningful driver update if there were no issues fixed along the way, but it's not always clear which were widespread and which were easy fixes to problems only experienced by a minority of users. Either way, AMD list half a dozen worthy fixes in their release notes including one to the installation process and another involving corruption of shadows in Cyberpunk 2077. These, along with newly identified issues to be addressed in the near future, are detailed in the release notes reproduced below.

The Radeon Software Adrenalin 2021 Edition 21.5.2 are compatible with Radeon GPU hardware as far back as the HD 7000-series (GCN 1.0) and 64-bit versions of Windows 7 and Windows 10. A wide selection of Radeon Mobility hardware configurations are also supported. Download them at https://www.amd.com/en/support/.

- Uninstalling or upgrading Radeon Software using the factory reset option may delete AMD chipset driver folders if they are stored in the same directory as the Radeon Software installation. Users who wish to perform a factory reset are recommended to use the latest AMD cleanup utility instead.
- Cyberpunk 2077 may experience shadow corruption on Radeon RX 6000 series graphics when ray tracing is enabled.
- Intermittent loss of signal during AMD Links Stream Optimization if HEVC is used on Radeon RX 5000 series graphics products or later.
- The download or launch Ryzen Master buttons in Radeon Software may intermittently disappear or may fail to initialize Ryzen Master.
- FPS logging may log incorrectly or fail to log on RyzenTM Mobile 4000 series and RyzenTM Mobile 5000 series.
- Radeon Software may experience a crash when Record & Stream tab is in use and a display is hot plugged.

- Radeon Software might not get updated on Windows 7 platforms when updating from 21.4.1 or 21.5.2 to this release, if factory reset is enabled. As a workaround, users who wish to perform a factory reset are recommended to use the latest AMD cleanup utility instead.
- Resident Evil Village may experience an intermittent application hang or TDR on AMD Radeon VII graphics products in the first mission of the game.
- Enhanced Sync may cause a black screen to occur when enabled on some games and system configurations. Any users who may be experiencing issues with Enhanced Sync enabled should disable it as a temporary workaround.
- Connecting two displays with large differences in resolution/refresh rates may cause flickering on Radeon RX Vega series graphics products.
- Radeon performance metrics and logging features may intermittently report extremely high and incorrect memory clock values.
- Radeon FreeSync may intermittently become locked while on desktop after performing task switching between extended and primary displays upon closing a game, causing poor performance or stuttering. A system restart is a potential workaround if this is experienced.
- If Ryzen Master is not detected in Adrenalin software after installation, a system restart may be required.
- If Blue or Black screen is observed in mobile systems, temporarily disable Enhanced sign-in