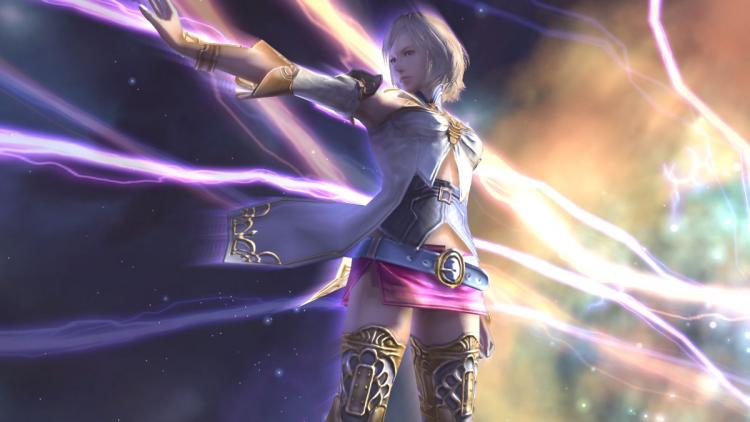 February is likely to be particularly busy for AMD's driver update team, but they've started well by offering their first new release in the first week of the month. Radeon Software Adrenalin Edition 18.2.1 is designed for optimum support for the newly remastered Final Fantasy 12: The Zodiac Age, not to mention more than a few bug fixes to popular Radeon features.

Final Fantasy 12: The Zodiac Age's PC release incorporates new in-game features, audio, 60fps gameplay and 21:9 widescreen monitor support, and (as is common with DirectX 11 games) should benefit quite a bit from driver optimisation. It's now available on the Steam store, as a tempting treat before Final Fantasy XV's release next month.

In addition, Radeon Software Adrenalin Edition 18.2.1 contains a couple of fixes for Radeon FreeSync (most notably a long-standing bug with Samsung CF791 displays), rectifies Civ 5's HUD failing to load in DirectX 9 API mode, and improves Radeon Overlay's compatibility with games using the Vulkan API. As has been the case for a while now, AMD also make note of a selection of bugs currently on their hit-list for the next driver release.

Radeon Software Adrenalin Edition 18.2.1 can be downloaded from the official AMD support site, and is compatible with 32-bit and 64-bit versions of Windows 7 and 10. AMD GCN-based graphics hardware, including HD 7000-series GPUs and mobile APUs, are supported by this release (the latter in a limited form).

Introducing Radeon Software Adrenalin Edition, artfully designed and meticulously crafted to unleash the powerful performance and innovation built into Radeon Graphics through an incredibly intuitive and utterly beautiful user interface for both PCs and mobile devices.

- Radeon FreeSync may intermittently incorrectly engage during Chrome video playback resulting in playback flicker.
- Radeon Overlay hotkey may fail to bring up the overlay or may cause a Radeon Host Application crash intermittently on a limited number of gaming titles.
- Radeon FreeSync may rapidly change between min and max range when enabled causing stutter in fullscreen games on multi display system configurations.
- Flickering may be observed on the performance metrics overlay when Enhanced Sync is enabled on some Radeon FreeSync connected displays.
- A random system hang may be experienced after extended periods of use on system configurations using 12 GPU's for compute workloads.
- Water textures may appear to be missing in World of Final Fantasy.
- The GPU Workload feature may cause a system hang when switching to Compute while AMD CrossFire is enabled. A workaround is to disable AMD CrossFire before switching the toggle to Compute workloads.