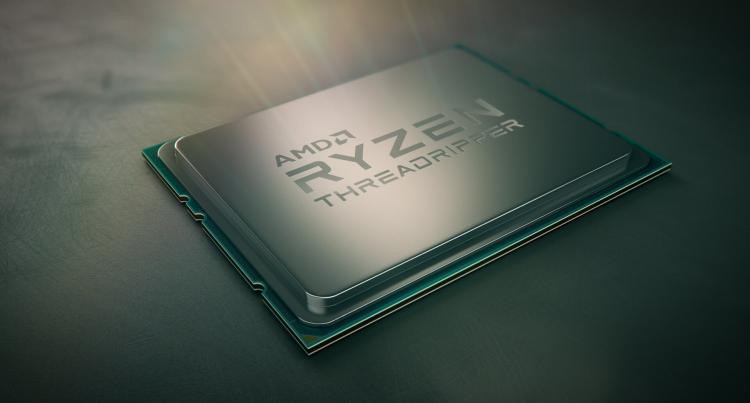 Much of Computex 2018 was a game of one-upmanship in the desktop CPU arena, with straight-forward revisions of existing architectures on display rather than revolutionary new designs. Intel took the initial round of applause with a 28-core behemoth derived from current enterprise-class Xeon models, pushing it all the way to 5GHz (with some particularly exotic cooling). AMD's return salvo was swift however, consisting of new 16, 24 and even the announcement of a 32-core CPU from a newly refreshed Ryzen Threadripper series.

This refreshed Threadripper design likely dispenses with the two dummy dies on the first generation chips, instead incorporating a total of four active Zepplin dies which have eight cores each. Differentiating it from EPYC will be support limited to single-socket configurations and 'only' quad-channel memory. 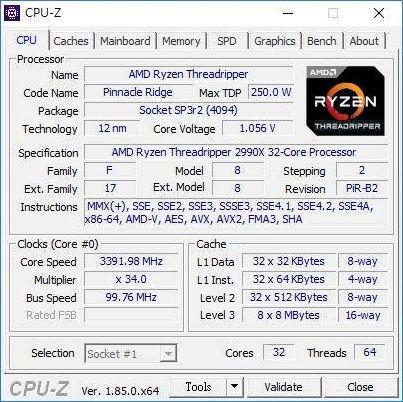 Barely two weeks after this announcement the 32-core Ryzen Threadipper, codenamed '2990X', has surfaced. A post at HKEPC.com appears to show CPU-Z information and benchmark results, as well as some tantalising overclocking information.

Unsurprisingly the CPU is based on the refreshed Ryzen Zen+ architecture manufactured on the 12nm process, serving to improve power efficiency and thermal characteristics. Even here however it's notable that processor information pegs it at a TDP of 250W, potentially requiring some meaty cooling even at stock settings, but not the sort of runaway power consumption you might expect from this big a CPU running at healthy mainstream frequencies. 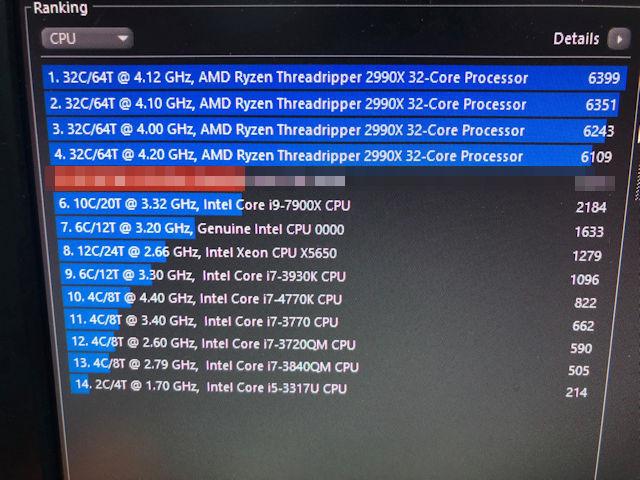 As per the CPU-Z screenshot the 2990X is running at a base frequency of 3.4GHz, boosting to 4.0 GHz under XFR2. Those behind this leak performed a spot of overclocking, bringing it up to 4.2GHz across all cores where it apparently suffered some thermal throttling issues. Running the processor through Cinebench - well known as a multi-threaded benchmark tailored to utilising many-core CPUs - a high watermark of 6399 points at 4.12 GHz (all core overclock) was attained using conventional cooling. To put that in context, Intel's Computex demo of their 28-core CPU at 5GHz cooled to sub-zero temps attained a score of 7334. 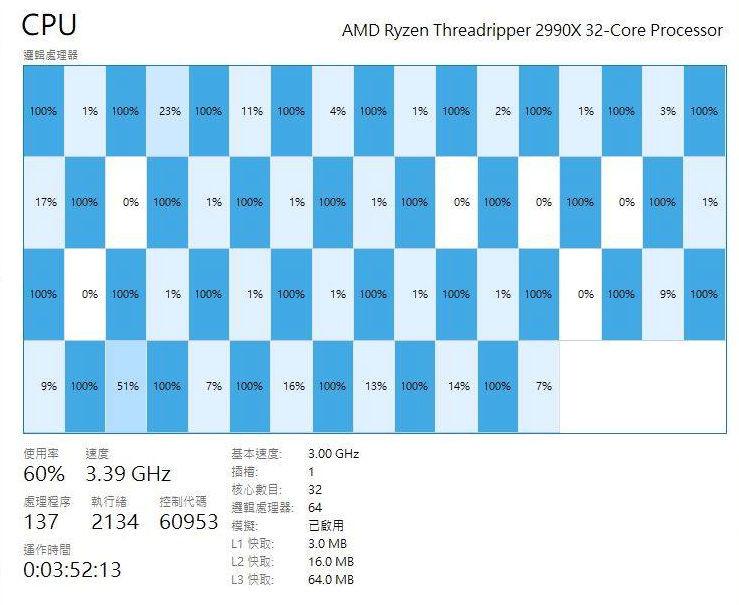 Of course, most of us will not see this sort of horsepower in the flesh any time soon, but it's fascinating to see the two CPU giants duking it out in the HEDT arena. AMD's refreshed Threadrippers are due for release in Q3 2018. It's not clear if the new beefy models will require new motherboards or if BIOS-updated X399 models will suffice.