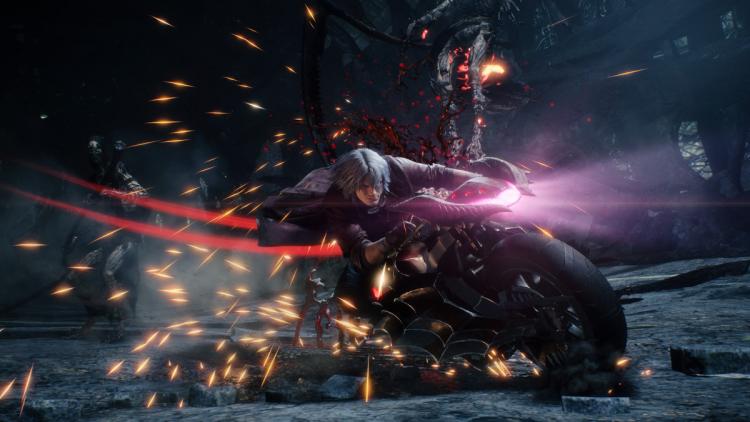 Capcom's Devil May Cry 5 launches on March 8th, and AMD Radeon are prepped and raring to go with their first major driver update this month. The Radeon Software Adrenalin 2019 Edition 19.3.1 driver is an 'optional' update that prioritises performance improvements compared to the prior driver in the upcoming title, while also implementing a handful of fixes to issues identified as affecting users.

Measured against RSAE 19.2.3, AMD claim that internal tests show Devil May Cry 5 running ~4% faster at 4K resolution & Ultra presets, based on a system equipped with an AMD Radeon Vega64 and Intel Core i7-7700K. It's also notable that the system was capable of averaging well over 60fps during the testing, a fact sure to please Vega64 users who are expecting to push such extreme image quality settings.

Bug fixes continue to be a fixture of AMD's Radeon driver releases, and in this update four are deemed noteworthy enough to mention. The most important is one dealing with intermittent mouse slow-down or lag when two displays are attached to the system, but that's not to say that each of the others won't be crucially important for someone.

The identification of known issues up for attention in a future patch is always a welcome inclusion. Many of these understandably focus on operation in notebooks powered by AMD Ryzen APUs with Vega Graphics, a product category which only recently received support in the main driver stack.

Download the Radeon Software Adrenalin 2019 Edition 19.3.1 driver at https://www.amd.com/en/support/kb/release-notes/rn-rad-win-19-3-1. This is suitable for AMD Radeon graphics released since the HD7000-series (GCN architecture), and is supported on 64-bit versions of Windows 7 and 10.

- Radeon WattMan settings changes may intermittently not apply on AMD Radeon VII.
- Mouse lag or system slowdown is observed for extended periods of time with two or more displays connected and one display switched off.
- ACER KG251Q display may experience a black screen when connected via DisplayPort and enabled at 240hz.
- Video playback may become green or experience corruption when dragging the Movies and TV application to an HDR enabled display.

- Rainbow Six Siege may experience intermittent corruption or flickering on some game textures during gameplay.
- Mouse cursors may disappear or move out of the boundary of the top of a display on AMD Ryzen Mobile Processors with Radeon Vega Graphics.
- Modifying memory clocks on Radeon VII in Radeon Wattman may intermittently result in memory clocks becoming locked at 800Mhz.
- Changes made in Radeon WattMan settings via Radeon Overlay may sometimes not save or take effect once Radeon Overlay is closed.
- Performance metrics overlay and Radeon WattMan gauges may experience inaccurate fluctuating readings on AMD Radeon VII.
- Some Mobile or Hybrid Graphics system configurations may intermittently experience green flicker when moving the mouse over YouTube videos in Chrome web browser.