Adding more credibility to the persistent rumour, SweClockers.com reports that some existing ASUS AMD AM3 motherboards will be compatible with the upcoming AMD FX 'Zambezi' processors (based on the Bulldozer architecture) using a simple BIOS update. It is reported that the BIOS updates will be available on the official ASUS website. AMD has no official comment on this news, but it's just another bit of evidence to suggest that Bulldozer will have some level of backwards compatibility with AM3. Vortez already reported on the leaked ASRock AM3/AM3+ board (compatible with both AM3 CPUs and Bulldozer based CPUs) as well as the labelling of some MSI AM3 boards with AM3+ by the CPU socket. 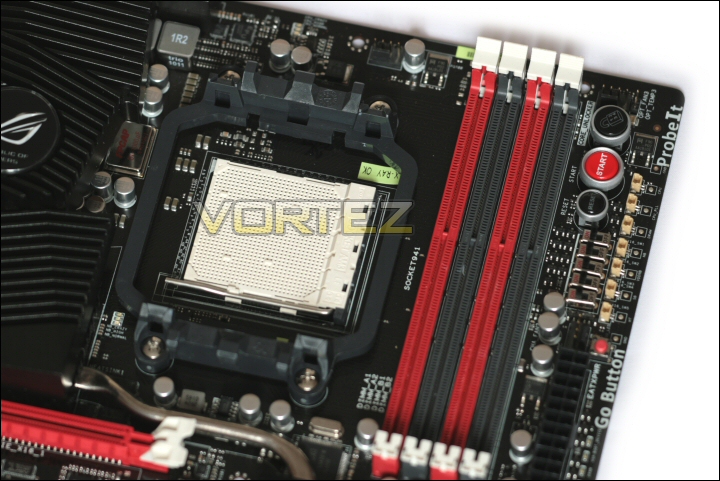 The ASUS Crosshair IV Extreme is one of the boards listed. See the full Vortez review here.

The extent of the backwards compatibility is yet unclear, but it may be naive to assume that the full performance of the Bulldozer architecture can be unleashed on older motherboards. 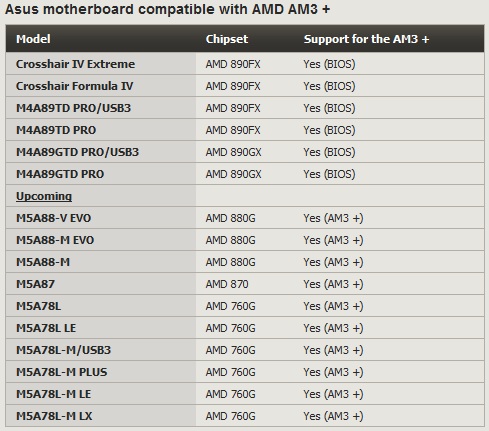 Some current boards are listed along with upcoming models

This news has several implications, including the obvious great news for owners of compatible boards. Upgrading for more CPU power should be easy, less fuss, and cheaper. It may not just be ASUS - it's likely that most, and if not all, motherboard manufacturers will be offering something similar. Secondly, it may indicate that either the redesigned architecture is not as different as AMD would have us believe, or that they have gone to decent lengths to ensure backwards compatibility. Another rumour floating around is that the Bulldozer refresh (late this year or next year) will abandon the familiar 'AMx' socket design, but there is little to no evidence for this.

Four Zambezi CPUs are expected to be available in June (a mix of 8-core, 6-core and 4-core) and it's likely these BIOS updates will come at the same time.

What do you make of this? Will you be buying a Bulldozer CPU and motherboard, or in light of this news, will you be inclined to purchase just the CPU? Share your thoughts in the forums!

ASUS have now launched a page on their website showing the same data. This means the news is now official. Take a look at the page here.