AMD's Rembrandt Zen 3-based APU Spotted And Specced Out

A final leak rounds out 2021, and it's a doozy. The collective hive mind of the world's tech press has been aware of AMD's Rembrandt APUs - the upcoming Ryzen 6000H-series powered by Zen 3+ CPU and NAVI graphics architecture - for a while now, but at the year's end both chip and specs appear to have been laid almost completely bare.

Videocardz has spilled some of the specifics of the series which makes for juicy reading. Top billing is taken by a bold image of the Rembrandt 6000-series APU installed into the motherboard of an Alienware m17 R5 gaming laptop. It occupies an FP7 socket (large chip to the right) that has the same 25x35mm physical dimensions of FP6, and with that information Videocardz have derived a die size of approx. 206mm^2. Not a bad place to start. 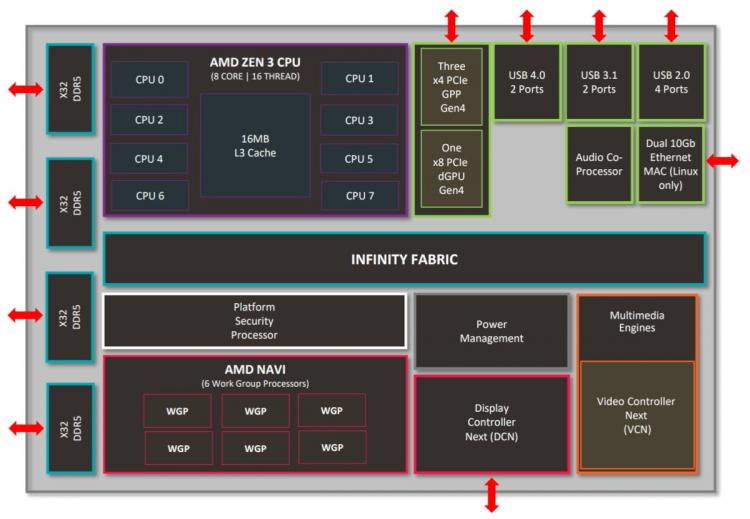 Leaker ExecutableFix (@ExecuFix on Twitter) meanwhile has published both the block diagram and SKU codes for Rembrandt APUs. The improvements are significant throughout, including:

Performance in all aspects should therefore be much higher than the previous generation, and the hardware platform should be a much better fit for the latest discrete GPUs where necessary.

Finally, there are some (but not all) processor codes for the upcoming series of chips. ExecutableFix has organised both FP7 (which utilises DDR4) and FP7r2 (LPDDR4) packages in two lists, indicating that they will arrive in one of 24 different 28W and 45+ cTDP models. 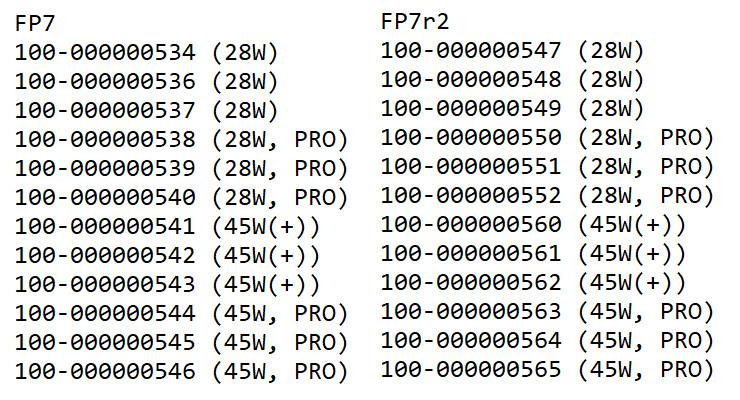 The flagship Ryzen 9 6980HX will also be something of a special case. This 8-core / 16-thread CPU is believed to boost up to 5.0 GHz, a first for Ryzen CPUs on mobile platforms. More precise specifications for 6-core members of the series have yet to be divulged.

More will almost certainly be outlined during the AMD pre-CES 2022 Livestream on January 4th, so be sure to tune in.