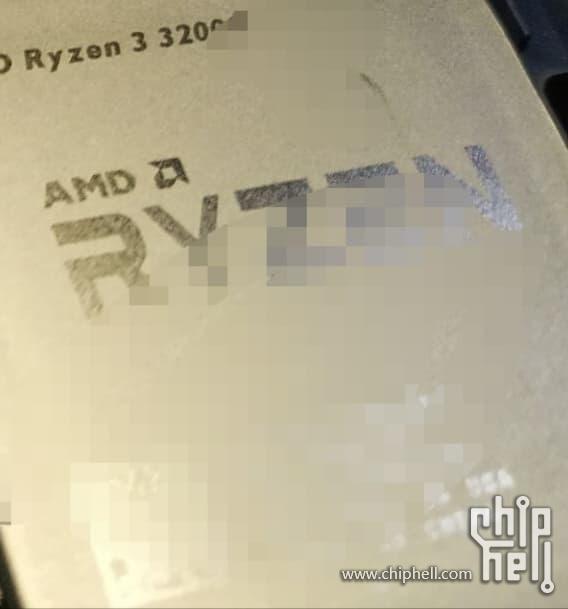 Spring 2019 will be the season of AMD processors it seems, with both CPUs and APUs (and maybe even GPUs) scheduled for some sort of unveiling if not general availability. Two weeks ago new PRO series mobile APUs were officially revealed, and now eyes are turning to an expected refresh of their desktop APU lineup prior to Computex in late May. It's not all that surprising therefore to see an as-yet unreleased AMD Ryzen 3 3200G denuded and exposed for the world to see. 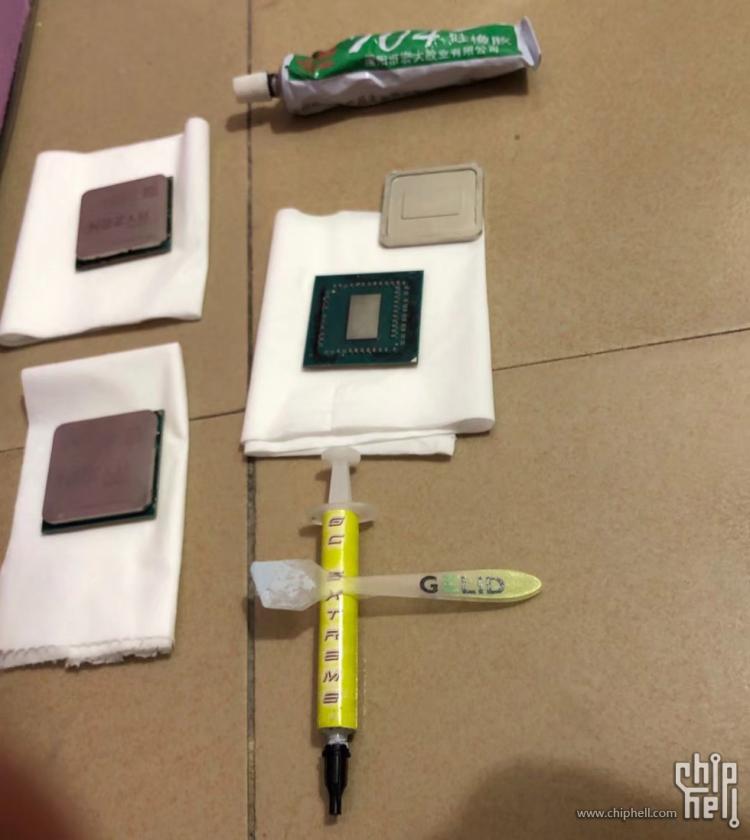 The latest leak comes from the ChipHell forums, often the source of early glimpses at hardware. It shows just two images - one of the APU heatspreader, and another of the delidded APU with die exposed. Here's what we can gather from the shots.

First off, the processor is a Ryzen 3 3200G, a mainstream desktop APU that's highly likely to use AMD's AM4 socket. Recently motherboard manufacturers have been discussing offering BIOS updates to support 'upcoming AMD APUs' on their 400-series and 300-series 'boards, and this would be one of them. It would be a direct replacement for the 'Raven Ridge' Ryzen 3 2200G released in 2018, with similar specifications.

Meanwhile, looking at the die should serve to clarify a number of misunderstandings many have over the first Ryzen 3000-series desktop APUs. For one, they have a monolithic (single large die) rather than chiplet (two or more discrete processor dies on one package) design, indicating that the processor range hasn't transitioned to AMD's Zen2 microarchitecture. It's also quite large, and so is probably still manufactured using a 14nm/12nm process. And finally, lack of residue on the die should mean that AMD are continuing to use paste TIM on their APUs rather than solder.

All signs point to the Ryzen 3 3200G being a part of the new range of APUs codenamed Piccaso. This range is a derivative of Raven Ridge manufactured using a 12nm rather than 14nm process and the updated Zen+ microarchitecture. It would mean better power efficiency, lower operating temperatures at similar frequencies, and potentially the addition of new automatic overclocking features Precision Boost Overdrive and XFR2.

If the chips is similar to the 2200G then it will incorporate four physical cores with SMT disabled, Vega 8 graphics (eight Vega Compute Units) and operating frequencies north of 3.5GHz/3.7GHz (base/boost) within a 65W envelope. Launching alongside it will be the Ryzen 5 3400G, a chip with SMT enabled and hence eight independent threads supported, Vega 10 graphics and a slight hump in operating frequencies.