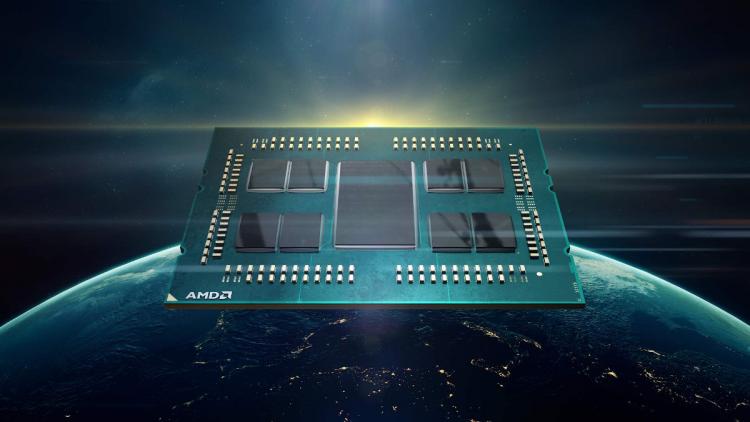 In the wake of an excellent 2019 and the dominance of Ryzen on the desktop platform AMD took to CES 2020 in jovial mood. New 4000-series APUs and the mid-range Radeon RX 5600 XT GPU were key announcements, but the headline grabber was final confirmation of an awe-inspiring High-end Desktop flagship, the Ryzen Threadripper 3990X. Today these CPUs go on sale, ushering in a new era of high performance computing for pro-sumer markets and underscoring the strength in depth of AMD's product stack.

The Ryzen Threadripper 3990X is no minor revision or hurried addition to the 3rd Generation Threadripper range. This SKU pushes the maximum core-count available per socket in the High End Desktop (HEDT) market from 32 to 64 and thread count to 128, doubling their own previous best and leaving the competition in the dust. No special chipset has been introduced, nor exotic cooling or licensing requirements; just more cores compatible with the same TRX40 motherboard hardware as the 3960X and 3970X. Support for ECC memory and overwhelming performance in multi-core workloads also mean that the chip will inevitably garner the interest of businesses as a relatively affordable alternative to enterprise-class AMD EPYC ROME and Intel Xeon CPUs. 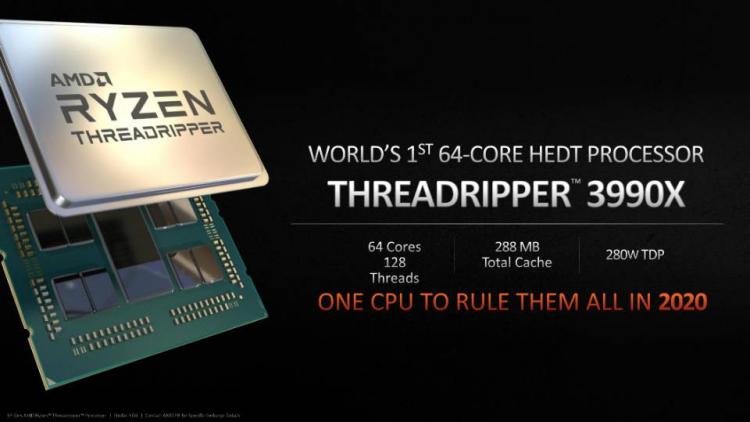 Support for up to 256GB of DDR4 RAM in quad-channel configuration, augmented by a more advanced memory controller than 2nd Gen. Ryzen, will also benefit applications where memory bandwidth is a bottleneck. Furthermore, DRAM pricing has come down in recent months, slightly reducing overall capital costs.

In common with other members of the Threadripper lineup, the primary markets for the 3990X are those engaging in highly parallel workloads which exploit the Zen 2 multi-core architecture. Visual effects, video rendering and 3D CAD/CAM rendering have all been long identified as key use cases, bolstered by the rise in hobbyist and small business video production for whom video encoding speed is a particular bottleneck.

It's price as well as performance that make the 3990X a potentially revolutionary product. AMD are hitting an MSRP of $3990 with this CPU (which has a certain pleasing symmetry to it), undercutting their own 64-core/128-thread single-socket EPYC 7702P; Intel's entire range of Cascade Lake-SP Xeon Platinum CPUs meanwhile are neatly rendered irrelevant at a stroke.

Although it doesn't quite have the same memory subsystem as the EPYC 7702P, the 3990X differentiates itself in a positive light by increasing base and boost operating frequencies within a higher 280W TDP window. The chip clocks up to 4.3 GHz, leaning heavily on AMD's Performance Boost algorithms to maintain sensible operating temps and voltages. While exotic cooling solutions aren't required, high performance AIO coolers are recommended to keep it under control. Those natively compatible with sTR4/sTR4X sockets and rated for 2nd Gen 2990X systems should be up to the task, but clarifying with retailers would be sensible.

US and UK retailers both have stock of the new CPU available for order today. UK retailers have the CPU listed at or around the £3699.99 inc. V.A.T. mark, which is a close approximation of the direct conversion from AMD's US$ MSRP after 20% VAT has been factored in. All credit to those involved for not jacking up the price beyond the already stipulated manufacturer guidance. 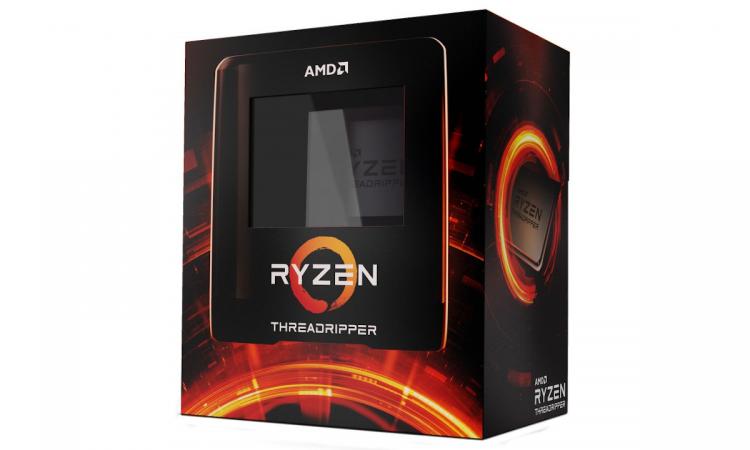 So, should you buy one? The answer for 99.99% of consumers is a firm no; it will be beyond overkill, and you're better off setting your eyes on a 32-core 3970X or 16-core Ryzen 9 3950X. Those in the remaining 0.01% should take a very close look at reviews as they roll out today and over the next week, particularly any that focus on the workloads you're dealing with in configurations that match your use case. The platform is a heavy investment even before you factor in additional components, but the productivity improvements over time could dwarf that figure.

More information on Ryzen Threadripper can be found at https://www.amd.com/en/products/cpu/amd-ryzen-threadripper-3990x.