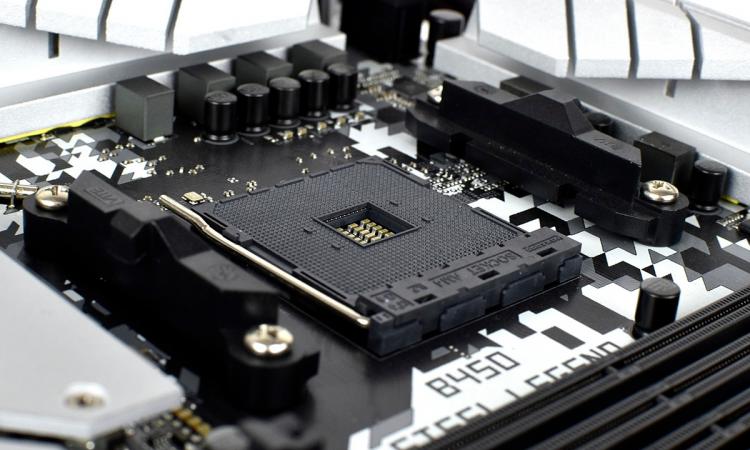 AMD made a huge splash at Computex with the announcement of 3rd Generation Ryzen processors and X570 motherboards, but lost in the shuffle has been the topic of backwards compatibility between new and old motherboards, CPUs and APUs. Socket AM4's longevity on the platform was a big 1st and 2nd Gen. Ryzen selling point, implying heavily that CPUs and motherboards would be almost seamlessly backwards and forwards compatible so long as they shared the socket. Owners of an AMD platform might therefore be interested in an AMD Community blog post published over the weekend that addresses the issue, especially as it's not looking as seamless as many will have hoped. 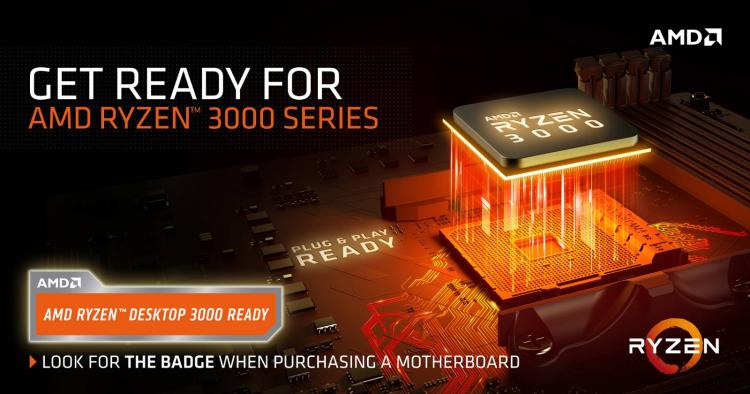 The good news is that there should be clear indication on new motherboard purchases, whether they be X570, X470 or B450, that what's in the box is compatible with 3rd Gen. Ryzen CPUs. Each should have an "AMD Ryzen Desktop 3000 Ready" sticker visible on the box, and X470/B450 'boards that conform to this certification will have been updated to their latest BIOS. Beyond that however things get a bit tricky.

One fact hitherto unknown is that X570 will not be compatible with 1st Generation Ryzen CPUs and APUs. In the same vein, motherboards built on the A320 chipset will not support 3rd Gen Ryzen CPUs. Furthermore 3rd Gen Ryzen support on X370/B350 is through a "Selective Beta BIOS", heavily implying it will be on a case-by-case basis and isn't guaranteed. 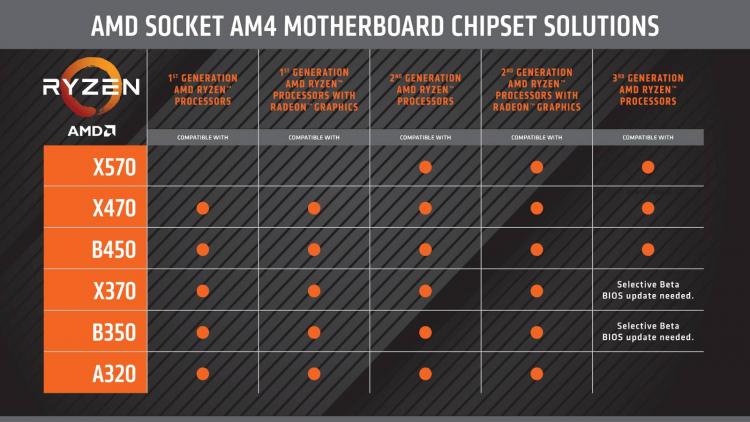 Users of 2nd Generation Ryzen CPUs and motherboards appear to be sitting pretty if they wish to switch to either 3rd Gen. Ryzen or X570. The upgrade path for Ryzen's early adopters however is much more murky, potentially necessitating swapping both CPU and motherboard rather than one or the other. That won't be a concern to some users, but budget-minded consumers who jumped on Ryzen because of the promise of platform stability will be forgiven for feeling a little hard done by; piecemeal upgrades to such systems may be more trouble than they're worth.

We should also spare a moment for those who bought 1st Gen. Ryzen on sale recently, making an early start on assembling a new system in the belief that their next purchase would be an X570 motherboard. That CPU's going to look an awful lot like an expensive paperweight right now.

Realistically, this means that Socket AM4 is currently retaining guaranteed backwards/forwards compatibility for one generation in either direction only. If the trend continues then 400-series motherboards and 2nd Gen Ryzen may be effectively obsolete once 4th Gen processors and 600-series motherboards launch, and purchases made in the next few months should be made with that idea in mind.

These new realities also don't address the looming proposition of a 16-core 3rd Gen Ryzen CPU launching in the latter half of the year or early next year. It doesn't seem likely that all B450 and X470 motherboards will be able to support such a monster CPU, many were designed with much more tame power requirements (and minimal CPU overclocking) in mind.