Anno 1800 To Be Ubisoft's Next Epic Games Store Exclusive 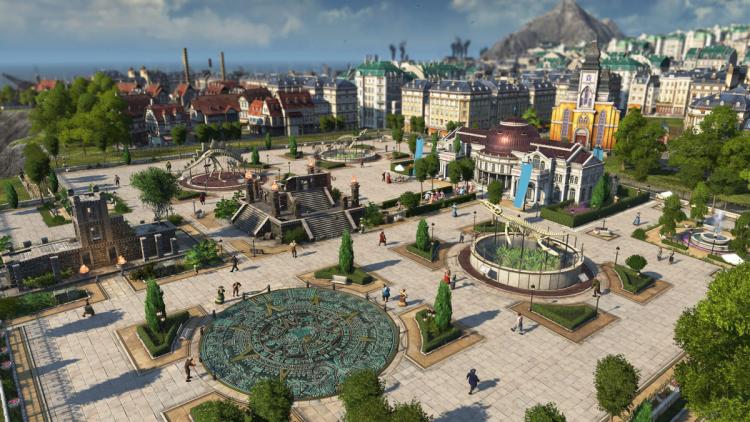 The Epic Games Store continues both its impressive corralling of PC exclusives and on-going relationship with Ubisoft this April with Anno 1800, an upcoming Real Time Strategy city-building game. Plus, in yet another twist, the game will be removed from the Steam Store despite being available for pre-order on Valve's distribution platform.

The seventh game in the Anno franchise and developed by Blue Byte games, Anno 1800 is due to launch on April 16th. Like Metro: Exodus, the game was available to pre-order on Steam; and like Metro Exodus, it has been pulled in favour of Epic Games Store exclusivity. Ubisoft cited the successful launch of Tom Clancey's: The Division 2 as rationale for the move which will no doubt prove deeply divisive among fans of the title.

Those who pre-ordered on Steam will still have those orders honoured, and the game will still appear in their Steam library. In theory, those who own the game through Steam will be treated as if they had purchased from any other digital store front as regards to updates, ang multiplayer should be unaffected as it's administered via Ubisoft's UPlay servers.

An additional swipe is that the Open Beta, set to begin on April 12th, will only be available through UPlay and the Epic Games store.

Ubisoft have stated that they have no plans to retire other Anno titles from the Steam storefront. Nonetheless it does seem likely that major new Ubisoft games will be exclusive to the Epic Games Store and UPlay for the time being.