Antec is pleased to announce the development of a new digital power supply series called the High Current Pro Platinum GRID (HCPP GRID) and is today showcasing prototypes at the Computex trade show in Taipei, Taiwan.

Scheduled for release in Q4 of 2013, the High Current Pro Platinum GRID series will be engineered on a totally new platform utilizing digital PM Bus/I2C technology and a custom developed software which allows users to take control of the PSU on an array of operating systems which include Microsoft 32-bit & 64-bit Windows platforms 8 (Desktop), 7, Vista® & XP. 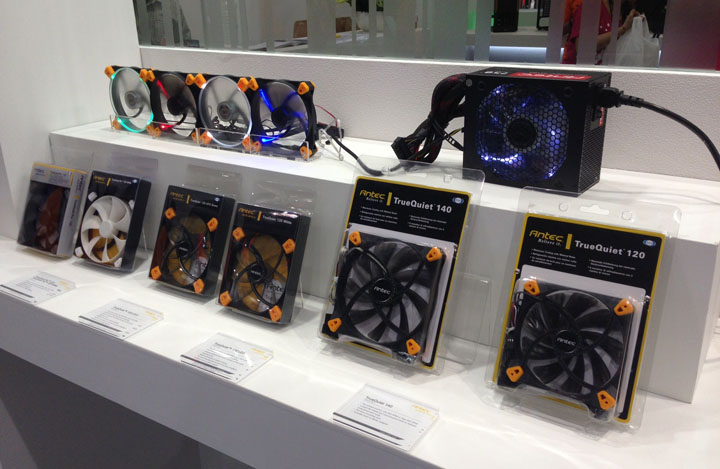 The High Current Pro Platinum GRID series will consist of an (HCP-850 Platinum GRID) and a 1200W model (HCP-1200 Platinum GRID). Both models will have mostly similar features like their HCP Platinum main series siblings, except for the GRID PSU control software & digital technology, which replaces the OC Link along with a white LED double ball bearing fan with on/off function.

It goes without saying that the remaining features are state-of-the-art as well. Not only does the High Current Pro Platinum GRID series feature a fully modular design, but it also includes cutting-edge and patented 16-pin sockets as well as a 20+8-pin MBU socket for the needs of tomorrow.

-Engineered to run at 50°C without compromises on safety

-Protected 9-fold by the CircuitShield IC.

Head over to Antec.com for more info on their product range & specs.