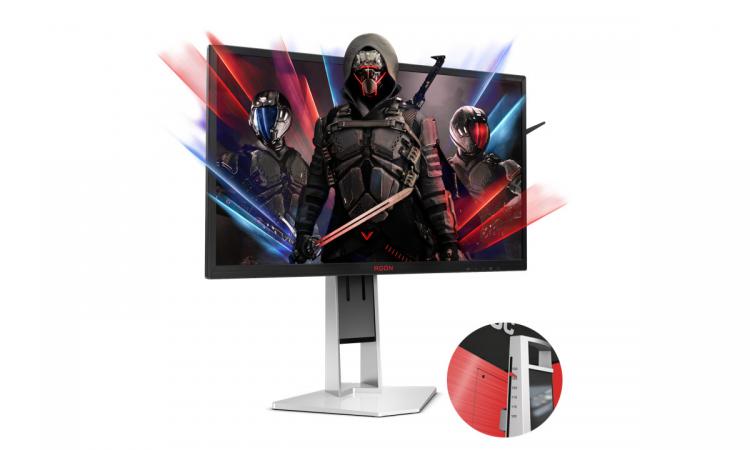 A tournament-grade monitor that calls a stage its home

Simply put, AOCs AG251FZ2E is a workhorse for competitive gamers. The 24.5 TN panel, similar to the build of its predecessor AG251FZ, proved itself worthy in various tournaments and as a key gear for esports teams (including G2 Esports). The Full HD panel ensures high refresh rates and the fastest possible response time without causing visual artefacts such as ghosting or overshoot (inverse ghosting).

The AG251FZ2Es TN panel has a refresh rate of 240 Hz, and to match this incredible refresh rate, the pixel response time is 1 ms GtG. It can be further reduced to an impressive 0.5 ms MPRT - with a strobing backlight in sync with the refresh rate - using the MBR (Motion Blur Reduction) option. With such a short pixel persistence time of just 0.5 ms, the individual frames wont blend into each other, for example when moving the game character from left to right, as such delivering sharp and accurate visuals that esports gamers aim for.

The AG251FZ2E also comes with an improved, more robust and compact foot which perfectly fits in with esports players angled positioning of their keyboard. Additionally, the frame is equipped with a headset holder, and a fully adjustable, ergonomic stand (incl. height, swivel, tilt and pivot options). The labelled scales make it easy for multiple users to mark their optimum ergonomic position, which comes in handy during tournaments where a single monitor is used by multiple players.

Of course, the monitor is also capable of VRR (variable refresh rate) and is equipped with AMD FreeSync Premium support, eliminating tear and stuttering with low latency while supporting low framerate compensation (LFC). 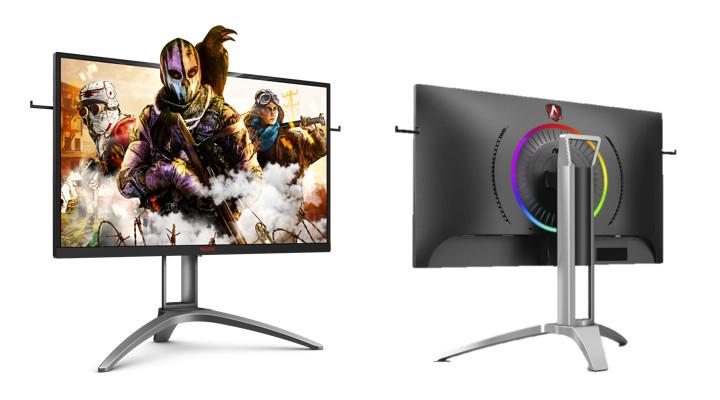 AOCs next new gaming monitor is the AG273QXP, an addition to the AGON series third generation. For the first time ever in AOCs portfolio, this monitor is equipped with a 27 Nano-IPS panel, delivering incredible colours and a wider gamut than ever before. This technology uses nanoparticles embedded in the backlight, which absorb excessive light at certain wavelengths, so each subpixel (red, green, and blue) is more accurate and can produce a wider scale of colours. Doing so, the AG273QXP achieves a gamut coverage that rivals pro-grade monitors designed for visual editors and photographers: 133% sRGB, 98.6% AdobeRGB and 98.1% DCI-P3.

Thanks to its AMD FreeSync Premium support, the visuals are also free of stuttering and tearing, have very low input lag and are also capable of low framerate compensation (LFC), enabling smooth gaming even with low frames per second (FPS).

Following the design language of the third generation AGON monitors, the AG273QXP is equipped with an ergonomic, height adjustable stand with a carrying handle as well as headset holder on both sides. AOCs Light FX, the RGB LED lights on the back side, is highly customizable to match any other RGB peripherals.

The new and updated on-screen display (OSD) allows options to place a crosshair (DialPoint), and a frame counter showing frames per second. The OSD settings can be navigated in three ways: with the joystick at the middle bottom of the panel, the included wired remote (AOC Game Pad) or the software menu (AOC G-Menu).