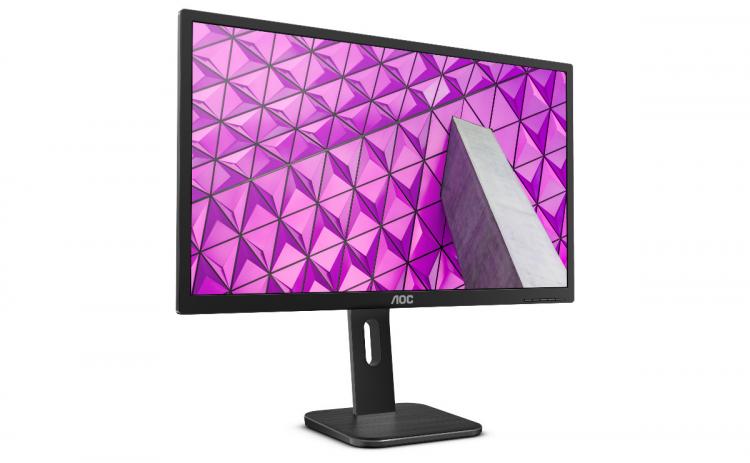 Amsterdam, 13 March 2018  Display specialist AOC announces the long-awaited successor to its business-oriented 75 Series, the mainstream business monitors of the P1 Series. Ranging from 21.5 to 27 with IPS, TN or MVA panels, equipped with fully adjustable, ergonomic stands and a wide choice of connectivity, including current (HDMI, DisplayPort) and legacy (DVI, VGA) input standards, the P1 Series monitors are more versatile than any other in their class. In order to make businesses more sustainable and for a greener future, the P1 Series are fully certified with Energy Star 7, EPEAT Gold and TCO Displays 7.

A fully revamped B2B line-up, the P1 Series will be available starting in May 2018

Business environments can be chaotic, with brand-new equipment sitting next to decade-old counterparts. The P1 Series monitors are equipped with all common display inputs, the legacy VGA and DVI standards and the current DisplayPort (version 1.2) and HDMI inputs. Whether it is an old notebook with only a VGA output, or a new desktop workstation with multiple DisplayPort outputs, the P1 Series are ready to receive display signals from a variety of sources.

The versatility doesnt end there; via the built-in side-mounted USB 3.0 hub (in the 22P1, 24P1, X24P1, 27P1, Q27P1 models), most peripheral devices on a work desk can be connected directly to the monitor, using these easily accessible ports. With the cable management solution designed into the stand itself, the P1 Series helps to achieve a cleaner desk as well. 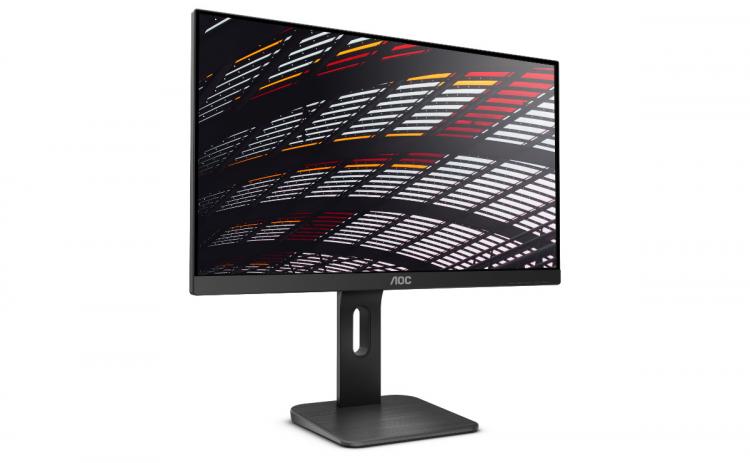 Spending many hours in front of a monitor can have a toll on an individual, if certain aspects are not accounted for, such as ergonomics and eye health. Thankfully, the P1 Series displays come with AOCs fully ergonomic stand, which is extremely flexible, with 130 mm (on 21.5 displays) or 150 mm (on 23.8+ display sizes) height adjustment, -175/+175° swivel, -5/35° tilt options. The 90° pivot function is also very useful for text and page editing, programming and similar vertical formats. While these flexible stands allow the best working posture, if desired, the display can be attached/detached from the stand with just a single button (Easy Assembly) and fastened to a separate VESA mount.

To alleviate the strain on the users eyes, the P1 Series monitors are equipped with Flicker-Free technology, regulating the backlight via a DC (Direct Current) system instead of PWM (Pulse Width Modulation), and with Lowblue Light mode, reducing potentially harmful blue wavelength components.

Specs for every need

The basic, pure entry model 22P1D is equipped with a 21.5 TN panel in Full HD. As the only no-frills model in P1 Series, the 22P1D lacks the DisplayPort and USB 3.0 but still is equipped with built-in speakers and a fully ergonomic stand with 130 mm height adjustment.

The second 21.5 model, the 22P1 boasts an MVA panel in Full HD resolution with an improved contrast ratio and wider viewing angles. The ergonomic stand has the same 130 mm height adjustment as its sibling 22P1D, but is also fully equipped with these P1 Series features: the built-in USB 3.0 hub, speakers and full range of inputs including DisplayPort version 1.2.

The mid-range 23.8 model 24P1 sports a colour accurate IPS panel at a 1920x1080 Full HD resolution. Thanks to its panel type, a very sleek looking 3-sides frameless design is achieved, which also enables seamless multi-monitor setups. With 150 mm, the flexible stand of this bigger display has even more height adjustment leeway. In some businesses, monitors with a 16:10 aspect ratio are more preferred than 16:9 monitors. The X24P1 boasts such an IPS display with a 1920x1200 resolution in 16:10 format, with the same 3-sides frameless design. Due to its bigger vertical screen size, this model is suited for productivity tasks (spreadsheets, document editing) even more.