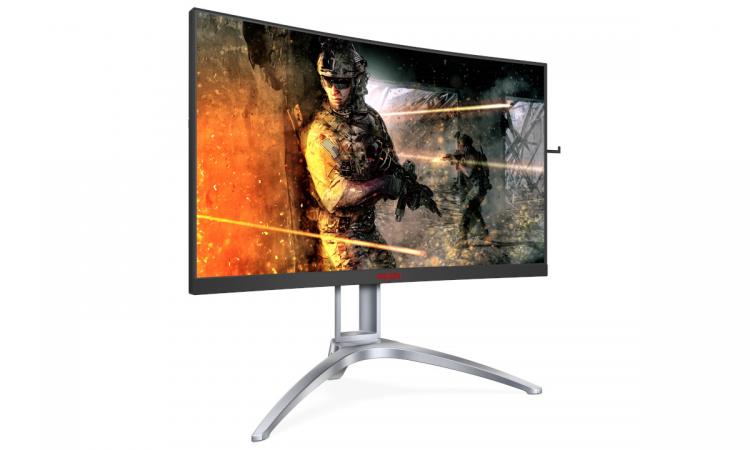 Amsterdam, 10 January 2019  Display specialist AOC is proud to announce the arrival of the curved AG273QCG (Nvidia G-SYNC) and AG273QCX (AMD FreeSync 2 HDR) monitors from the third AGON generation. AOCs revamped and redesigned premium gaming monitor series is available starting from January 2019. Designed for hardcore gamers, the AGON 3 models carry on with features from the past AGON displays such as refresh rates of up to 165 Hz, a high responsiveness of 1 ms, and now includes latest technologies such as AMD FreeSync 2 HDR and a refreshed sleek design, which in case of the AG273QCG has contributed to becoming a Red Dot Design Award 2018 winner. Thanks to very high refresh rates of 165 Hz (AG273QCG) and 144 Hz (AG273QCX), very fast response time and variable refresh rate technologies both monitors are suited for fast-paced games.

AOC launched its premium gaming monitor line-up AGON (Ancient Greek for competition, clash, antagonism) in 2016. The first-gen AGON monitors such as the AG271QX have become award-winners right away whilst the 240 Hz AG251FZ has established itself as a staple for esports teams and tournaments. The second generation AGON monitors expanded the line-up with the beastly ultra-wide and curved displays in various sizes (27 - 35) such as the AG352UCG. Now, the third generation - AGON 3 - monitors are here, with impressive specs, eye-catching designs and even more gaming-centric features than ever! 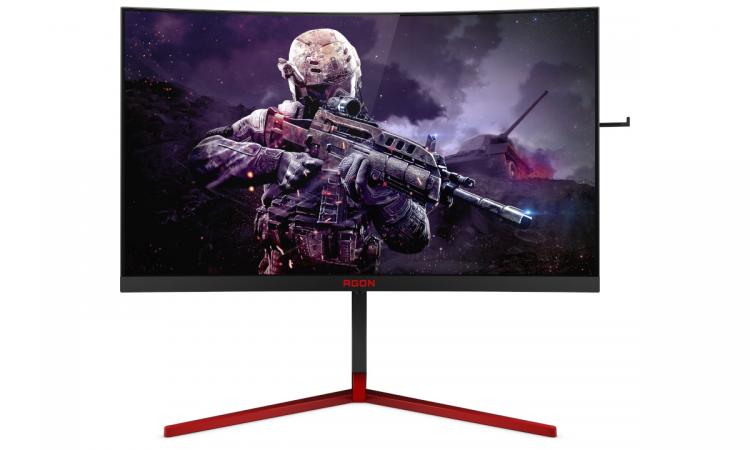 The 27 (68.6 cm) AG273QCG is equipped with a curved (1800R) TN panel in QHD resolution (2560x1440), supports Nvidia G-SYNC and a higher refresh rate of a whopping 165 Hz and a 1 ms response time. Users of supported Nvidia GPUs could enable G-SYNC to eliminate tearing and stuttering and match the monitors refresh rate to their GPUs framerate. The high brightness of 400 nits makes sure the monitor is usable even in brightly lit rooms. Two built-in 2 W speakers with DTS complete the whole audio-visual package.

The 27 (68.6 cm) HDR (High Dynamic Range) monitor AG273QCX on the other hand is equipped with similarly curved (1800R) VA panel in QHD resolution with a refresh rate of 144 Hz. Thanks to the high brightness of 400 nits, the display supports the HDR standard VESA DisplayHDR 400. To accompany HDR, it also boasts AMD FreeSync 2 HDR to mitigate input lag caused by HDRs tone mapping, and to force Low Framerate Compensation (LFC) as well as (to) get rid of tearing and stuttering. The VA panels 3000:1 static contrast ratio and 90% DCI-P3 gamut coverage bring visuals to life with deep blacks and vibrant colours, while offering wide viewing angles of 178°/178°. A high responsiveness is guaranteed with the 1 ms response time, which is achieved by a strobe technique. The 2 x 5W speakers on the AG273QCX are also DTS-compliant.

Both monitors are now equipped with a 3-sides frameless panel, allowing for seamless multi-monitor setups. They are also highly ergonomic, offering 110 mm height adjustment besides swivel and tilt options. Behind the panel, the AGON Game Lights, highly customisable with over 100.000 colours, bring the latest RGB craze to AGON! The AGON Game Lights can also be adjusted to change according to gameplay. The red, stylish angular stand of the AG273QCG and the silver stand of the AG273QCX sit firmly on the desk without taking up much desk space. A curvature of 1800R on both displays increases immersion and creates a comfortable visual pleasure when viewing content from one side to the other. The familiar retractable headset holder from past AGON monitors has been redesigned and doubled, providing one at either side. For easy setup and breakdown (tournaments, LAN parties etc.) the stand can be assembled with a one-click mechanism without any screws, and the carrying handle allows easy transportation. The AG273QCXs redesigned, sleek wired remote controller, AOC Game Pad also allows easy adjustment of various OSD settings. 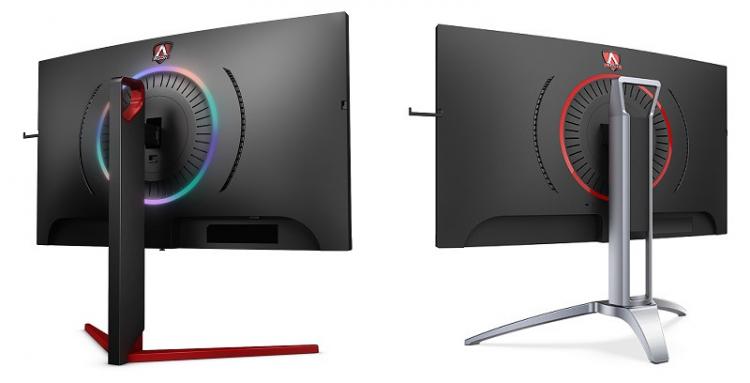 Besides the huge amount of features listed above, both monitors feature

These two AGON 3 displays were announced, experienced, and highly appraised by the press at gamescom 2018 and now they are going to be available on the virtual and physical store shelves for gamers to enjoy.