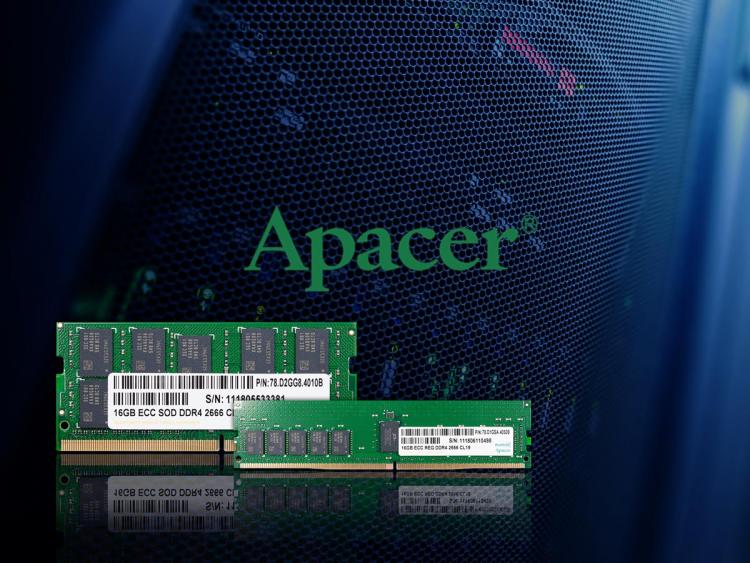 Apacer presents its fully upgraded new-generation DDR4-2666 memory modules for industrial applications which now supports the latest AMD EPYC and Intel Purley platforms. DRAMeXchange, a division of TrendForce, predicts the server market to boom by 5.53% in 2018 which in turn could drive the server memory market to boom by 28.6%. Apacer aims to address the strong increase in demand of server memory which is also associated with datacentres moving towards the Intel Purley and AMD EPYC platforms.

The new generation Apacer DDR4-2666 M/s offers the datacentres upgrading or in the transition towards Intel Purley and AMD EPYC platforms which offer 11% better performance over the previous-generation DDR4-2400 specifications. Apacer now claims to lead the industry in mass producing native DDR4-2666 memory modules for server and industrial applications for all its products. Apacer targets to pre-emptively gain a leading position over its competitors in the development of industrial memory applications as the company prepares for the era of DDR4-2666 mainstream usage within the Intel Purley and AMD EPYC platforms.