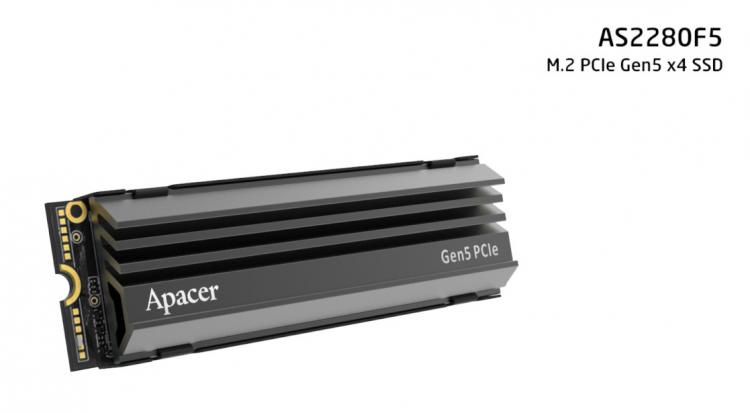 Intel launched theoretical support for PCIe Gen5 storage with the release of Alder Lake CPUs in November of last year, but thus far no new NVMe SSD models capable of exploiting its enormous bandwidth potential have made it into the hands of consumers. That may be changing sooner rather than later though as APACER and their enthusiast arm ZADAK have partnered to showcase two new superfast NVMe 2.0 drives, SKUs they're expecting to release later this year.

PCIe Gen5 SSDs could on paper be up to four times faster than PCIe 3.0-based M.2 NVMe SSD drives if they use a 4-lane connector, and both Intel and AMD's platforms will support the standard by autumn 2022 (AMD via the new Ryzen 7000-series platform). The SSDs also require new controllers however, manufactured to handle both the challenging new PCIe signalling and the often variable quality of high capacity NAND without requiring complex cooling. This in large part is why the consumer market remains free of PCIe Gen5 devices.

Arriving via WCCFTech are initial details of upcoming models from APACER and ZADAK. The two models listed are built to broadly the same underlying specifications, including support for the the new NVME 2.0 specification, and have identical headline performance capabilities including read/write speeds of an eye-popping 13000MB/s / 12000MB/s. Where they are expected to differ is in the cooling solution offered, with the ZADAK model having the option of either a graphene or aluminium heatsink.

PCIe Gen5 storage has the potential to massively shake-up both the storage market and PC capabilities in the not to distant future. DirectStorage, which allows data to be streamed directly from storage into GPU VRAM through the PCI-Express bus, is just one technology that itself could change the flow of gaming through just-in-time texture asset preloading, but it remains to be seen if home consumers will be able to take full advantage in life-span of first generation of PCIe Gen5 desktop and laptop platforms. 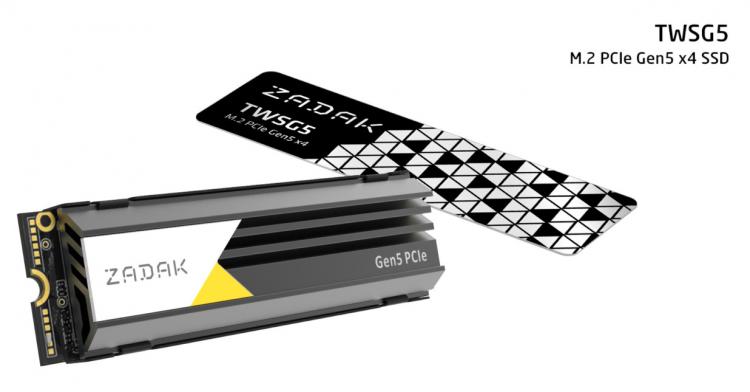 No capacity information or release date has been announced for these drives, but APACER are expected to reveal more soon.