The story of official support for non-K Intel Skylake CPU overclocking via BCLK continues to develop this week. As motherboard vendors rush to get a handle on this unintended feature some, perhaps wary of rubbing Intel the wrong way, are taking a firmly neutral stance even as others jump into official support with both feet.

ASRock are certainly in the latter camp. Only a short time after news outlets began reporting the Skylake non-K BCLK overclocking 'feature' they announced that they were working on a set of official BIOS updates to support the feature on their motherboard range; just days later they've revealed their Sky OC initiative, which does just that.

Sky OC is a comprehensive set of official BIOS updates for 21 ASRock Z170 motherboards, ranging from the £210 flagship Z170 Formula OC down to the £75 Z170 Pro4S, that unlock non-K CPU overclocking via BCLK. That isn't limited to Core i5 and i7 non-K CPUs, but rather pretty much all Celeron, Pentium and i3-i7 models. Some early adopters of the technique are reporting upwards of 30% CPU OC with robust air cooling and fast RAM, which is a great way to get vastly more speed out of a budget CPU. 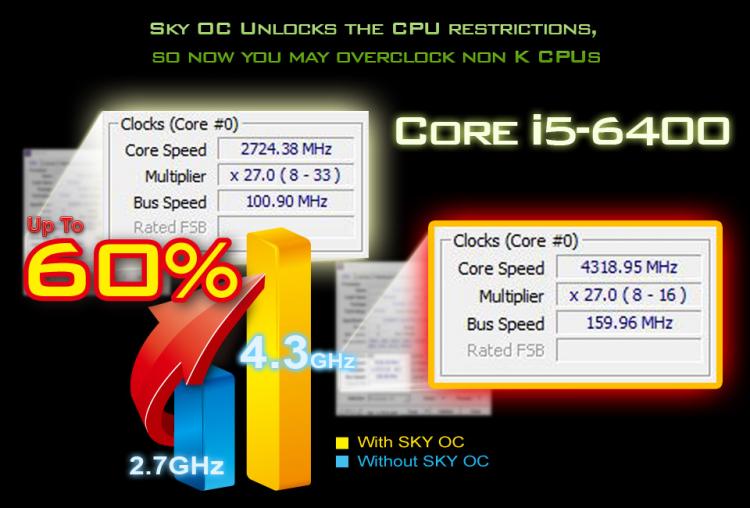 Currently Sky OC is limited to ASRock's Z170 motherboards (although it appears that they're not ruling out introducing it on other chipsets in the future), and using the feature will disable Turbo, the integrated GPU and low-power C-state modes. They also can't guaranteed that it will remain a feature if Intel implement a microcode change that breaks support.