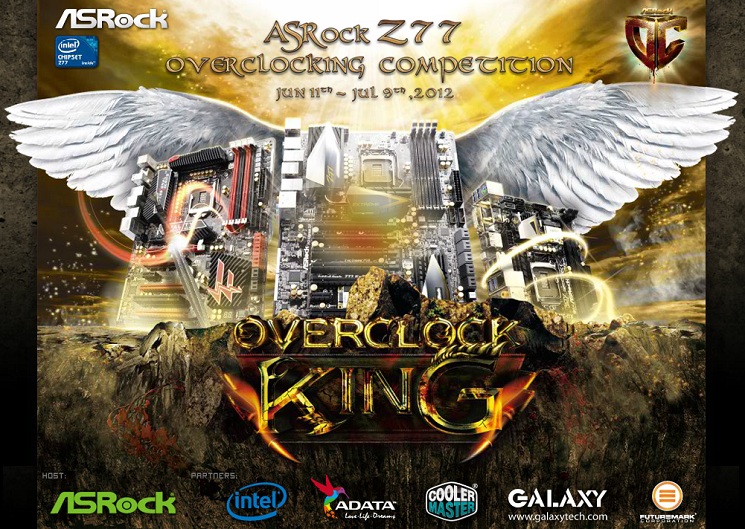 FuturemarkR and ASRock today announced the ASRock Z77 Overclocking Competition sponsored by ADATA, Cooler Master, Galaxy, and Intel. This worldwide competition, running from June 11 to July 9, challenges overclockers to submit the highest 3DMark 11 or 3DMark Vantage score. In addition to the two overall winners, prizes will be awarded to the
top scoring entry in each week of the four-week contest. The competition is open to all overclockers using a Sandy Bridge or Ivy Bridge CPU on an ASRock 7 Series Motherboard. There are no restrictions on the brand of graphics
card used, and in the 3DMark 11 contest category multiple GPU models and systems with multiple cards are welcome. In the 3DMark Vantage category, contestants must use a single GPU, single card system.

For further details of how to enter, visit the competition website.
http://www.3dmark.com/competitions/asrock-z77/