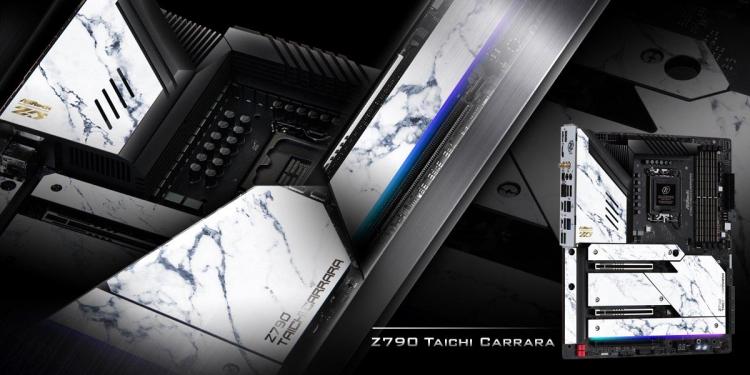 Influenced by Italian Carrara marble's strength and prestige, the Special Edition Z790 Taichi Carrara features a striking marbled shroud cover across the motherboard. A matching cooling fan is bundled, enabling users to continue the exquisite design through the PC build. 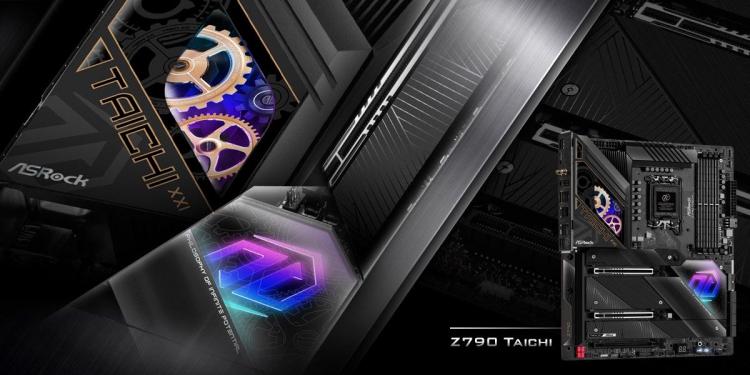 ASRock has created an incredibly powerful 24+1+2 phase Smart Power Stage (SPS) Dr.MOS VRM design on the Z790 Taichi series, providing users an extremely capable LGA1700 platform that's ready to unlock 6GHz CPU performance! The motherboard provides both PCI-Express 5.0 16x primary slot for the latest graphics cards, and a PCI-Express 5.0 M.2 slot for the latest, ultra-high speed NVMe SSDs. 60W PD 3.0 fast charging is built in, ensuring compatible smartphones, tablets and laptops can take advantage of quicker recharge times while users are at their PC, and without the need for a costly PD charger. 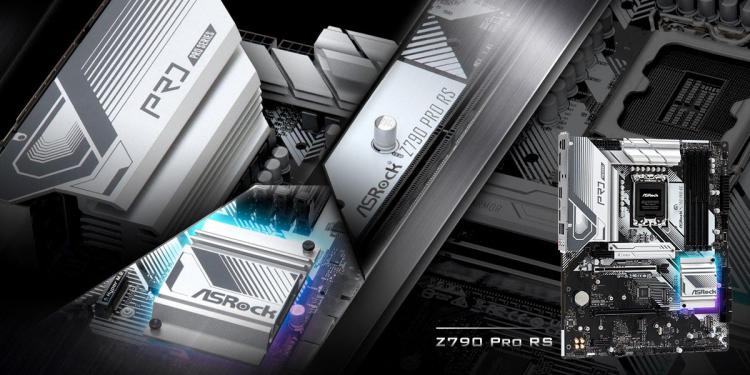 The ASRock Z790 motherboards feature an eDP connector that offers a wide range of customizations. ASRock will be debuting a 13.3" Side Panel Kit that users can use as a secondary display via the eDP connector. Use the secondary display on the side of the chassis for real-time monitoring or displaying images, videos, or GIFs.